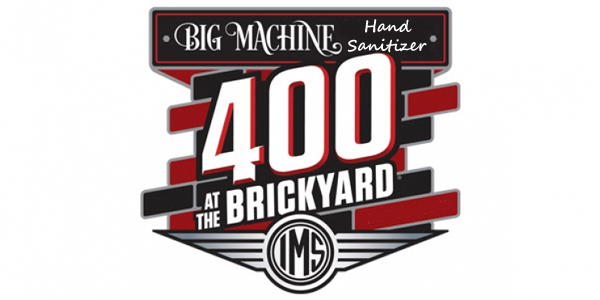 The men of NASCAR will be at Indianapolis Motor Speedway for July 4 Weekend. Much like last week’s doubleheader at Pocono, this was actually scheduled, but it will still take some getting used to, as NASCAR is usually down at Daytona for the holiday.

For the last 21 years, the Coke Zero 400 occupied the weekend around Independence Day. The second stop at Daytona will now be at the end of August and the Big Machine Hand Sanitizer 400 is now on the holiday weekend.

Many people still lovingly refer to this race as the Brickyard 400. Barring overtime, the race will be exactly 400 miles around the 2.5-mile rectangular oval track. That means 160 laps around the iconic speedway will decide a winner. The last two years, this race has been run in September. Now it returns to the heat of summer.

Here are the odds for the Big Machine Hand Sanitizer Brickyard 400 Presented by Big Machine Records at Indianapolis Motor Speedway from 5Dimes Sportsbook:

Kevin Harvick and Kyle Busch top the list once again, but Denny Hamlin also gets some love with a short price this week. Only two other drivers, Martin Truex Jr. and Brad Keselowski draw single-digit prices. Harvick is the reigning champ, having gone 16 years between wins in this race.

We’ve got some good price plays lurking out there for the race, so we’ll see if we can’t pick out the right driver at a good number.

As crazy as it is, we’re not that far away from the midpoint of the NASCAR season. Including the playoffs, there were 36 races on the schedule. A lot of moving and shifting has had to take place but this is the 16th race of the season. The playoffs begin on September 6 at Darlington, so there are nine more races in the regular season.

After running first and then second at Pocono, Kevin Harvick remains the points leader with 581. He has a big lead over Ryan Blaney, who now sits in second with 529 points. Blaney has the most stage points with 161. Brad Keselowski is third with 514 and then Chase Elliott with 510 and Denny Hamlin with 506 round out the top five. All five drivers have a win.

Joey Logano and Martin Truex Jr. are tied for sixth with 500 points. Alex Bowman is eighth with 464 points. Those are the only eight drivers with wins. The playoffs are limited to the top 16 drivers in points or those that have a win and are in the top 30 in points.

If the playoffs started this week, Aric Almirola, Kurt Busch, Kyle Busch, Jimmie Johnson, Clint Bowyer, Matt DiBenedetto, William Byron, and Erik Jones would be in as “wild cards”, in that they are in the top 16 in points, but don’t have a win. Jones is 14 points ahead of Austin Dillon for the last playoff spot. Byron is 31 points ahead of Jones for 15th.

Indianapolis Motor Speedway is known for its iconic strip of brick, a jug of milk, and is the only race track to be deemed a National Historic Landmark. The stands can accommodate 400,000 people. It will accommodate zero fans this year because of the COVID-19 pandemic. It takes a little while to get around the 2.5-mile track with relatively flat turns at just 9.2 degrees across the board. The Xfinity Series drivers will also be running on the road course for the Pennzoil 150, but the Cup Series will run the traditional oval.

Kevin Harvick has led 321 laps in his 19 races at the Brickyard. He has two wins, seven top-five finishes, and 13 top-10 results. As such, he is clearly a deserving favorite for this race. For his career, he has averaged a top-10 finish at this track.

The most laps led among active drivers actually goes to Kyle Busch, who has led 324 career laps over his 19 races. Busch has 11 top-10 finishes and won twice, back in 2015 and 2016. He only has three other top-five finishes to go along with those two victories.

Any way you slice it, though, Harvick and Busch are easily the most accomplished active drivers here that remain in good form. Jimmie Johnson has the most wins among active drivers with four, but the last one came in 2012 and he has one top-five finish in his last six tries at IMS.

The reason why Keselowski is one of the other drivers in single digits is that he has a win, another top-five finish, and five top-10 finishes in 10 career races with 108 laps led. Only Busch, Harvick, and Hamlin have more among active drivers.

Truex is getting an undue level of respect based on past performances. He hasn’t won here and only has one top-five finish, which came back in 2015.

Guys like Ryan Blaney and Chase Elliott don’t have the same track history as the others. In five career starts at Indianapolis Motor Speedway, Blaney’s best finish is seventh, which came last September. Elliott’s best finish also came last year when he finished ninth. This will also be his sixth start at Indianapolis.

Alex Bowman has not fared well here at all in four tries. His best finish is 21st, though he did win on the big track at Auto Club Speedway earlier this year. He also only has two top-five finishes this season after showing a lot of speed early in the year. He is a guy to bypass this week it would seem.

Kurt Busch has six top-10 finishes in 19 tries at this track, but has only led 22 laps and only has one top-five finish. Clint Bowyer has back-to-back fifth-place finishes here and actually led the most laps in 2018. He’s never won here, but has four top-five finishes in his career and five top-10 results.

Aric Almirola, with four straight top-five finishes, and William Byron, who was fourth here last year, are moderately interesting at +3300, but those are pizza money bets. Erik Jones ran second two years ago and is +2750.

Well, it sure looks like a chalky pick will be good here in all likelihood.

Among the top guys, Busch has been lighting money on fire this season with an 0-for-15 drought, so he is hard to take until he wins one. Harvick could very well win, but that’s a short price on him. Truex doesn’t have the results here for whatever reason and really hasn’t been that great this year. Either Hamlin or Keselowski looks good this week, with the nod in this preview going to Keselowski.

Joey Logano is also worth a bet at 12/1. Logano won Stage 1 last year and finished second for the overall race. He’s also spent ample time near the front of the pack in 2017 and 2018 as well.

Coverage of the Big Machine Hand Sanitizer 400 will be on NBC with a 4 p.m. ET start time on Sunday July 5.