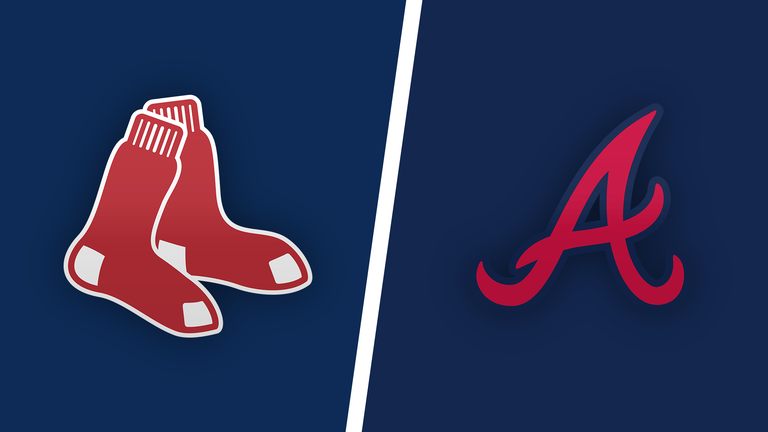 Interleague play can be a blessing or a curse for National League teams. Those that have enough depth to put out a quality DH that in some way cancels out the team that has a dedicated roster spot for a DH are set up pretty nicely. No matter what, though, it helps not to have the pitcher batting.

A team like the Atlanta Braves has enough options to put a legitimate hitter out there on the field and it was that hitter, Pablo Sandoval, that had three hits and scored a run in the Braves’ 3-1 win over Boston on Tuesday night.

Atlanta will hope for a similar result tonight against Boston in a matchup between Drew Smyly and Nick Pivetta. Money has hit the board on Boston for this one with a line move out to -125 at BetUS Sportsbook with a total of 10.5. This total has also jumped a full run.

The Braves have been a popular team in the betting markets of late. Their lines have been set pretty high and bettors have still put down their hard-earned money to back the Braves. To see a line moving against Atlanta is pretty telling.

Atlanta is finally up to .500 with this current four-game winning streak. They’re 12-8 in their last 20 games, so they haven’t set the world on fire or anything, but they’ve been playing better. The offense has picked up its pace and the pitching staff, which is still dealing with quite a few injuries, has gotten better work from both the starters and the relievers.

The Braves are only 13th in wOBA in May, but lead MLB in homers with 40. They still have a high K% and just a .277 BABIP to drag down some of their offensive numbers, but they’re third in wOBA over the last two weeks. For the full season, Atlanta’s relievers collectively rank 17th in FIP, but rank 11th in that department this month.

Drew Smyly has not had a good season for Atlanta. The Braves gave him $11 million very early in the offseason after just 26.1 quality innings for the Giants last season. He’s rewarded their confidence with a 5.11 ERA, a 6.36 FIP, and a stint on the injured list. He’s given up 11 home runs in just 37 innings of work. He’s only allowed 36 total hits, but given that nearly one-third of them have left the park, that’s not great.

Smyly’s Hard Hit% is 48.2% and he’s already allowed 13 barreled balls, which is the best type of contact for a hitter. His K% is down below his career average and his velocity is also down a bit from last season’s big spike. Smyly isn’t getting the same rate of swings and misses this season with a big increase in Z-Contact%, which means that hitters are making a lot more contact with pitches in the zone and that’s how pitchers struggle.

The Boston offense has been excellent all season long. In fact, it’s been one of the best units in baseball throughout the year. Charlie Morton shut the Red Sox down yesterday and held them to just one run on three hits over seven strong innings. It was one of the few times that the Red Sox had really been held down this season.

This is still the league’s top offense in wOBA at .332. The Dodgers and White Sox trail close behind. Boston has had a lot of batted ball success with a .314 BABIP. Their walk rate is actually well below the league average, but their power production is tops in the league with a .445 SLG. Fenway Park certainly helps in a big way in that regard, as it is a great ballpark for doubles and dingers.

The Red Sox have also been a top-five offense on the road, so they’ve been able to hit anywhere, but being at the friendly confines of Fenway Park is still a certain level of peace of mind.

Speaking of peace of mind, the Red Sox have some surprising peace of mind when Nick Pivetta pitches. Nobody expected much from the 28-year-old coming into the season, but he’s posted a 3.59 ERA with a 3.44 FIP in his 47.2 innings of work. He’s struck out over a batter per inning. The biggest thing for Pivetta, which is true of the Red Sox pitching staff as a whole, is the 6.1% HR/FB%. The Red Sox have gone all-in on home run prevention this season and it has worked wonders for their pitching staff.

Even though Pivetta has a 12.2% BB%, he’s been able to deal with it, as he has a .203 batting average against, a .269 BABIP against, and that extremely low HR/FB%. He’s also made other strides with his command, including a Barrel% of just 5.7% and a decrease in Hard Hit%.

The Braves and Red Sox are two very talented offensive teams, but this total has gotten a bit out of hand at 10.5 now, so it’s tough to make a play on the total. The side is the spot to look here and the side is the Red Sox. There is nothing about Smyly that suggests that he can shut down the Red Sox in this start. Boston boasts a top-10 offense against lefties and really cuts down the K% in that split. It’s an easy call to make here.