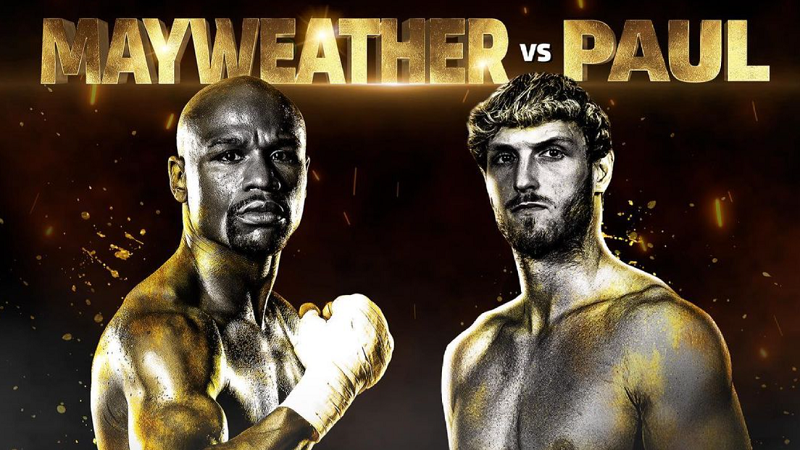 It may seem kind of surreal that there could be so much interest in an exhibition between Floyd Mayweather and a YouTuber who has never won a fight as a professional. But Logan Paul is a monster on social media, with a huge audience, and Mayweather is no slouch either in that area (7.8 million on Twitter) and that is why Showtime has seen fit to make it a pay-per-view offering that may be the biggest draw of the year so far.

It’s also why BetOnline has offered a whole bunch of props for the event. Some of them are kind of silly, but some of them can be the subject of some intelligent handicapping.

For example, I’m not sure I have a strong opinion on any of these one-way propositions paying off, even though they sound like fun:

The “biting” part could be especially amusing.

This show takes place on Sunday night at Hard Rock Stadium in Miami Gardens (home of the Miami Dolphins) and you can expect that the main event will be conducted anywhere between 10-11 PM ET.

You may know the history of Floyd Mayweather. An Olympic bronze medalist, he has not lost as a professional, winning 50 bouts, 27 by knockout. What might not be recognized enough is that he was able to affect a reinvention that shot his earnings into the stratosphere. He combined with Oscar De La Hoya to set a standard for pay-per-view (PPV) revenue. And then he went on to establish new standards with bouts against Manny Pacquiao and Conor McGregor.

Logan Paul, the elder of the two Paul brothers, has over 23 million followers on his YouTube channel. And it’s not as if he produces content that is not substantive. The genius here is leveraging that following to monetize itself in a different way, in this case through boxing.

He does train as a boxer, as does his brother. But he has only boxed a couple of amateur exhibitions in addition to that one pro bout, which resulted in a draw with KSI, who is a British rapper and YouTuber.

So even though Mayweather is outweighed by more than 30 pounds, this is still a bout in which the advantages in skill and experience are vastly in Floyd’s favor.

And so if this was a fight that was contested “straight-up,” there is no doubt about the winner.

But that kind of customary determination of the result is precluded by the fact that this is an exhibition. That has never been in doubt. And by definition, something that is termed an exhibition does not have judges who will vote on the winner. It has surprised me as to why sportsbooks would have been confused or caught off-guard about all that.

Of course, you COULD have a winner, whether it is something official or not, if one contestant knocks out the other. And that brings us to a BetOnline prop on just that thing occurring:

That prop will only work if the fight does not go the entire distance. Take note that this exhibition is scheduled for eight rounds, and my understanding is that headgear will not be worn.

These are things that won’t help Logan Paul’s cause.

And so the point of what we are saying is that when you think about how far this fight will go, the answer is, only as far as Floyd Mayweather permits it to go.

If you realize that there are a lot of “squares” who follow Paul on YouTube and the other social platforms who are not boxing fans and give their man a chance to actually win, you know you are getting more value than usual on everything with Mayweather.

As far as a “victor” is concerned, this only goes one way.

And on that basis, when it comes to putting down a wager as to what will happen, maybe you are better off just laying -310 that it will end inside the distance, in another prop that is available through BetOnline, where they make the big events come alive with a lot of ways to win. And don’t forget that Odds Boosters give you explosive payouts on pre-selected parlays, and there are also tons of props on NBA and NHL playoff games!