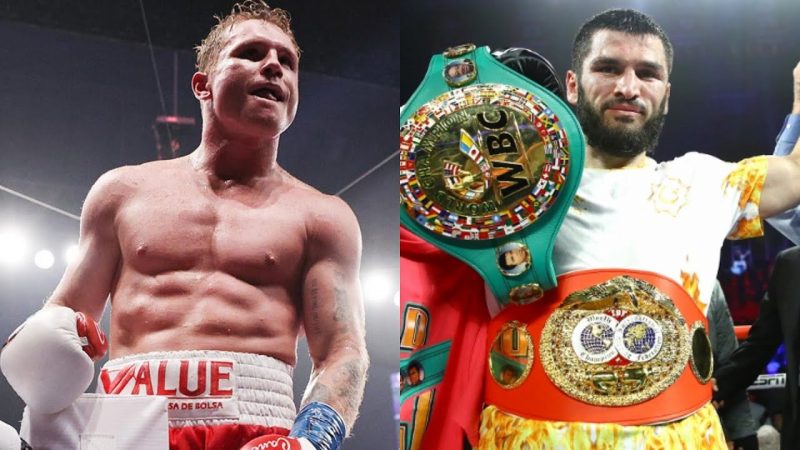 lot of people believe Canelo Alvarez to be the top pound-for-pound fighter in the world, and that he has the ability to conquer the light heavyweight division. But there are some potential challengers to him. One of them will be on display this coming week as fans get a chance to amuse themselves with the vast array of boxing betting options at BetOnline.

When the name Artur Beterbiev comes up among boxing people, one of the first questions they ask themselves is whether he might be fortunate enough to face Canelo as he continues to move up in weight.

Well, in recent days that has been brought up as a possibility. Bob Arum, the Hall of Fame promoter who heads up Top Rank, believes that a tentatively scheduled bout between Alavrez and Ilunga Makabu, the WBC cruiserweight champion, will not take place, as Canelo reconsiders whether to make that move upward. Instead, according to Arum, Canelo has expressed some interest in Beterbiev as a possible opponent for May.

Beterbiev has won a number of amateur titles. This Russian native, now living in Montreal, is a former World Cup champion. On top of that, he is a two-time Olympian, who lost in the 2012 games to Oleksandr Usyk. Yes, that’s the same Usyk who just beat Anthony Joshua in a heavyweight title fight.

He has knocked out all 16 opponents, and holds the WBC and IBF belts at light heavyweight (175 pounds). And many consider him to be perhaps a little too dangerous for Canelo to face at that weight.

“Some will say Beterbiev is too big and powerful,” said Arum. “Others will say Canelo is special and can handle everybody. It is one of the biggest fights in boxing.”

Beterbiev’s opponent on Friday night in Montreal is Marcus Browne, a New York native whose only loss in 25 fights came at the hands of Jean Pascal. Browne is not a thunderous puncher, although he’s solid enough (24-1, 16 KO’s). At BetOnline, he’ll be carrying a heavy underdog price. Beterbiev is -1000, while you can get Browne at +600.

His last bout was a hotly-disputed split decision loss to former WBO heavyweight champion Joseph Parker, which happened back in May. Parker was behind the eight-ball early, as he took a knockdown just eight seconds into the fight. And they’ll have the rematch on Saturday night at the Manchester Arena.

Parker , who hails from Auckland, New Zealand, beat Andy Ruiz for the WBO title in 2016. His only two losses came at the hands of Joshua (in a three-belt unification fight) and Whyte. In previously beating Chisora on two of the three judges’ scorecards, he had to pull himself up off the deck in the first round.

Chisora fought Klitschko for the WBC heavyweight crown in 2012, and lost by eight points on the scorecards. At age 37, this is likely his last chance to position himself for something big.

So needless to say, there are lots of “storylines” in this one.

Parker is priced at -270, with Chisora at +210, as posted at BetOnline, where they are carrying more odds and props on combat sports than anywhere!……. They also make it easy to hop on board – just use a credit card or the many crypto options they have available, which of course includes Bitcoin!