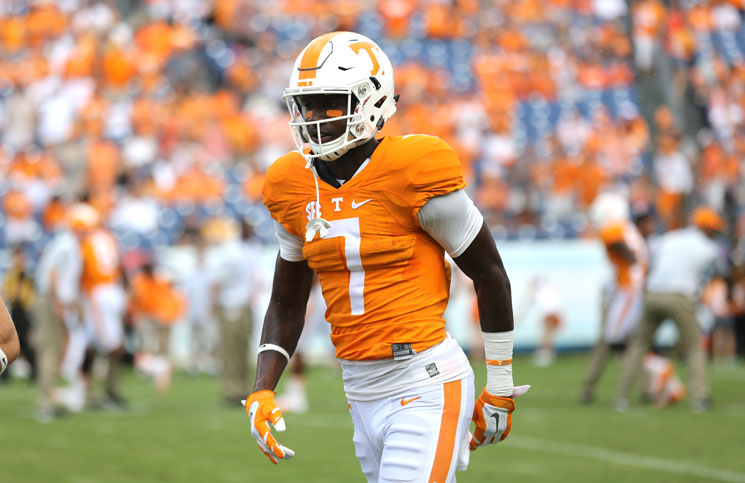 The 2021 College Football season is finally here, and Week 1 brings plenty of exciting matchups around the country, so here’s the best Bowling Green vs. Tennessee betting pick, as the Volunteers host the Falcons on Thursday, September 2.

These two non-conference foes meet for the second time, and the Vols had no mercy in their previous encounter with the Falcons in 2015. They beat Bowling Green as 22-point home favorites, 59-30, and the Vols are massive favorites once more, according to Bovada Sportsbook.

The Falcons have a mountain to climb in Week 1

The Bowling Falcons have been one of the worst teams in football over the last couple of years. They are riding an eight-game losing streak following a winless 2020 season, as the Falcons dropped all their five contests last year. Bowling Green was allowing a whopping 45.0 points per game while scoring only 11.4 in a return.

Scot Loeffler enters his third season as Bowling Green head coach. He’ll have a tall task to improve his team’s defense that was awful in 2020. The Falcons’ run defense ranked dead last in the nation, surrendering 310.2 yards per contest, so it’s no strange that their secondary was allowing the third-fewest yards per game (165.6).

Bowling Green’s offensive line is probably the strongest link, and the Falcons ran for 184.0 yards per game last season (49th in the nation). Senior Matt McDonald will be under center after starting all five games in 2020. He tossed for 712 yards, one touchdown, and six interceptions, completing just 43.9% of his passing attempts.

The Volunteers hope for a bounce-back season

The Tennessee Volunteers had a terrible 2020 season, going 3-7 in the process and dropping seven of their last eight games. It was the third and final season for head coach Jeremy Pruitt, as the former UCF head coach, Josh Heupel takes over in 2021. Heupel has done a terrific job with the Knights, tallying a 28-8 record across three seasons (1-2 Bowl record).

Last season, the Vols were scoring 21.5 points per game (89th in the nation) on 141.5 rushing yards (90th) and 204.7 passing yards (86th). They hope Heupel will be able to improve their offense, while the Vols will also have a new guy under center. Junior Joe Milton transferred from Michigan in April after playing 13 games in three years for the Wolverines.

The spread is enormous, but it tells you enough what the bookies think about this Bowling Green team. The Vols lost a couple of running backs who led the backfield last season, and they are still massive 33.5-point favorites to win this game.

Josh Heupel prefers a high-tempo offense, and his boys should be fired up to prove their worth in Week 1 under the new head coach. The Vols defense shouldn’t have too many problems slowing down the Falcons, who’ll try their best to avoid a blowout. Hopefully, their defense hasn’t improved a lot since the past season.

The teams will need some time to gel things, so I’m expecting a lot of turnovers and defensive mistakes in Week 1. If the Falcons and Vols continue to play defense as they did in 2020, we’ll see a proper high-scoring affair.

The Falcons have yielded 83 points in total over their last two games away from home. Their run defense is a big issue, so the Vols should move the ball easily. Last year, Josh Heupel’s UCF was the fifth-highest scoring team in the nation (44.3 points per game).