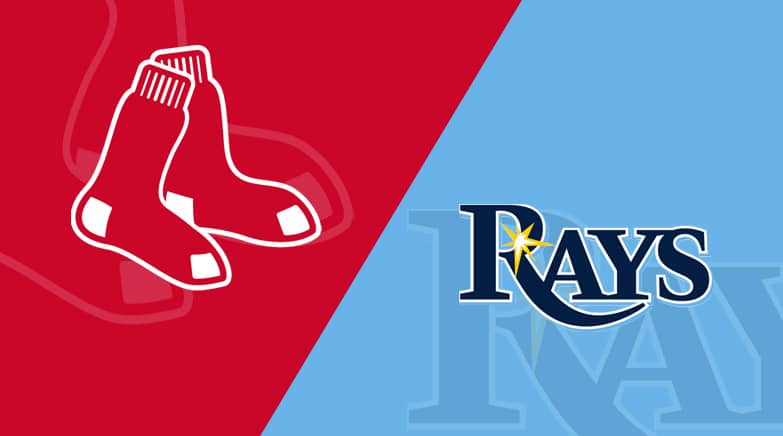 The Boston Red Sox were relatively quiet at the Trade Deadline. The Tampa Bay Rays were as well, at least if we compare the two teams to the New York Yankees, who were extremely active. Maybe the Red Sox and Rays feel confident in what they have and they absolutely should, as the first and second-place teams in the AL East continue their series down at Tropicana Field.

It will be Nate Eovaldi for the visiting Red Sox and Ryan Yarbrough for the host Rays, as Boston is a small dog now, as the Rays are priced in the in the -110 range at Bovada Sportsbook with a total of 8. Sign up and bet this game or any other game on the card with an exclusive deposit bonus at Bovada.

The Red Sox kept it pretty simple at the Trade Deadline. They picked up Kyle Schwarber from the Washington Nationals fire sale and also acquired reliever Hansel Robles form the Twins. They also picked up reliever Austin Davis in exchange for Michael Chavis, who had been one of the worst offensive players for Boston this season.

There weren’t any big or splashy moves, but the Red Sox didn’t need to go over the top. After all, they lead the AL East, one of the toughest divisions in baseball. They’ve been a solid, top-10 offense, both at home and on the road. They’ve been a borderline top-10 offense against lefties, which is relevant tonight with a matchup against Ryan Yarbrough. They’ve just been solid and steady and that breeds a lot of confidence for a team.

Not to mention, the Red Sox are looking at the return of Chris Sale as a deadline deal as well. Pairing Sale with Tanner Houck gives the Red Sox a couple of big upgrades in the rotation, as Houck has been great since his call-up.

Speaking of great, Nate Eovaldi has been great all season and looks like a guy with an outside shot at the Cy Young. Eovaldi’s ERA of 3.49 does not tell the whole story, as the 31-year-old has a 3.33 xERA and a 2.48 FIP. He’s been hurt by a .330 BABIP against and a 70.8% LOB%, both of which seem to be outliers based on how he has pitched. Eovaldi has only allowed five home runs in 116 innings this season.

He has just shy of a strikeout per inning and has only walked 21 batters. The .330 BABIP and a hit per inning allowed have been things that Eovaldi can work around because of the low home run rate. Boston has also had a solid bullpen most of the season and one that should improve now that Brandon Workman has been designated for assignment.

The Rays spent their Trade Deadline trying to improve against left-handed pitching. They got Nelson Cruz over a week ago and then added Jordan Luplow from the Indians right before the 4 p.m. bell rang. Tampa Bay didn’t really need a lot of help either. The glaring weakness against lefties is something that they’ll have to figure out, but it will have no bearing against the right-handed Eovaldi on Saturday.

You really have to put Tampa Bay in the proper context when evaluating the offense. The Rays had a huge night offensively on Friday, against left-handed starter Martin Perez no less, but offense has been hard to come by at Tropicana Field for years. The ball just doesn’t carry in climate-controlled environment and it does drag Tampa’s offensive stats down.

Even with the oppressive offensive environment, the Rays are still a top-10 offense against right-handed pitching this season. They’ve been a strong road offense and their park-adjusted numbers at home are good enough to be in the realm of league average. The Rays just aren’t going to have a huge stat line year in and year out because of the challenges of the ballpark.

We’ll see if Ryan Yarbrough gets any run support on Saturday evening. The 29-year-old southpaw deserves a better fate this season. He has a 4.38 ERA with a 4.16 FIP, but those metrics don’t really incorporate his strong contact metrics. Yarbrough has a Hard Hit% against of just 26.8%. His Barrel% is only 6.2%. Yet he has allowed 16 home runs in 109 innings. His 66.3% LOB% is a big reason why his ERA is so high. His 4.10 xERA could be even lower, but he doesn’t miss a lot of bats.

The strength of the Rays is always the bullpen. Tampa Bay isolates relievers that throw from a variety of different arm slots and that often confuses hitters in the box. Boston has seen a lot of those relievers regularly, but the Rays pen still has a lot of success against just about everybody.

The Red Sox and Rays are pretty closely matched teams, but this pitching matchup doesn’t seem to be closely matched. Certainly Yarbrough should be better than he has been, but there is a reason why he doesn’t have the numbers that he should. Eovaldi has actually pitched better than his traditional metrics indicate and that should have him as a bigger betting favorite tonight.