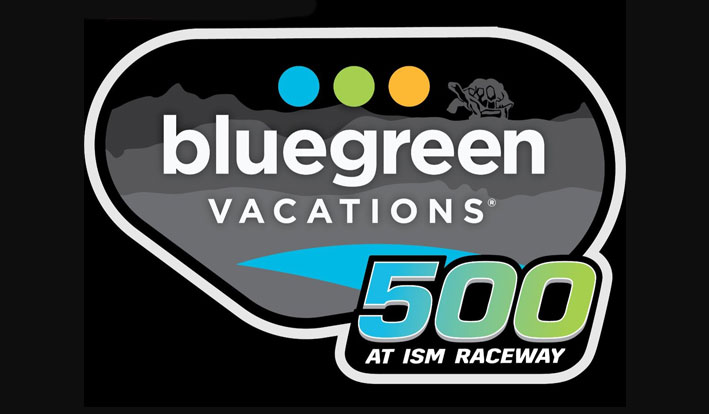 Never take anything for granted in sports. It sure seemed like Kyle Busch’s win at Texas was going to be a great thing for Kevin Harvick, who basically just had to avoid a finish outside the top 15 at Martinsville to miss a great chance at winning the Cup Championship on his best track.

Well, Harvick finished 17th, Denny Hamlin finished 11th with additional points for winning Stage 1, and the guy who basically led the NASCAR Cup Series in points just about all season is not in the final four. Harvick has nine wins up until this point and could very well get his 10th this weekend, but it won’t be for the title.

Joey Logano, Chase Elliott, Brad Keselowski, and Denny Hamlin are the final four for the Bluegreen Vacations 500 at Phoenix Raceway in Avondale, Arizona.

We’ll start with the MyBookie Sportsbook odds for the Playoff Champion and then look specifically at the Bluegreen Vacations 500.

Pretty even here. Denny Hamlin and Chase Elliott are both +240, with Joey Logano +260 and Brad Keselowski the long shot at +300. The highest finisher will win the Cup Championship. All of the drivers have had their point totals reset to 5,000 and there are no stage points for the final race. The highest finisher wins and that’s it.

We’ll handicap the race and how the drivers have done in the main part of the analysis.

ODDS FOR THE BLUEGREEN VACATIONS 500

Kevin Harvick is the favorite at Phoenix yet again. That should come as no surprise. This has been his best track over the course of his career. What is a surprise is that Chase Elliott has the same 5/1 odds as Denny Hamlin. Elliott won last week at Martinsville to advance to the final four, as he picked up his second win in four races, but Hamlin won this race last year and has more high finishes on the short and intermediate tracks.

BET NASCAR AND ALL OTHER SPORTS AT MYBOOKIE SPORTSBOOK

Phoenix Raceway, is a twice-a-year stop for the Cup Series circuit. It is a mile-long asphalt track that is not a perfect oval. There is a longer dogleg turn the first two turns are nowhere near as rounded as turns 3 and 4. The turns feature lower banking than a lot of tracks and the straightaways are very flat.

This is a pretty interesting finishing course. For a while, NASCAR used Homestead-Miami Speedway for the title race. Now Homestead is the last race before the playoffs and Phoenix is the finishing track.

How The Final Four Have Done

We’ll talk more about Harvick and his nine wins in a minute, but we have to focus on Hamlin, Elliott, Logano, and Keselowski first. Logano won the race here back on March 8 before the world of sports shut down. That race was the longest since 2010 and had the lowest average speed ever for the spring race with 12 cautions. There were 20 lead changes.

Looking specifically at the last 10 races at Phoenix, Logano is the only driver alive for the title with two wins here. He has three total top-five finishes and five top-10 finishes, but his average finish is only 14.1. I do wonder about Logano here, as he has made his name being one of the most aggressive drivers on the circuit. Will he be comfortable jockeying more for position in hopes of winning the title?

Hamlin won this race last year. It is his only win in the last 10 to go with three other top-five finishes and seven total top-10 finishes. Hamlin’s average finish has been 10.6. Where Logano only has six last-lap finishes, Hamlin has nine.

Elliott only has nine runs here in his career with two top-five finishes and five top-10 outcomes. His average finish has been 13th and he has finished on the lead lap seven times.

Keselowski only has two top-five finishes and four top-10 outcomes in his last 10 starts here. His average finish is 13th.

The Best of the Rest

This course is all about Kevin Harvick in the minds of most, but you know who has actually done better here in the last 10 races? Kyle Busch. Busch has two wins, nine top-five finishes, and has been in the top 10 in all 10 races. In fact, Busch’s average finish is 2.9 over the last 10 races.

Harvick has the nine career wins, but only two have come in the last 10 starts. He’s got eight top-five finishes and 10 top-10 finishes. His average finish is 4.0. We could go back more than 10 years and see some other names and numbers, but what would be the point? We’ve got pretty much all we need to know at this point.

As far as any others that could have success here, Aric Almirola quietly runs very well here with six top-10 finishes in his last 10 starts. Only Hamlin, Busch, and Harvick have more. It seems unlikely that he would win at +2800, especially with some of the, ahem, gamesmanship that goes on with the teams. Much like what we saw last week with the controversy surrounding Erik Jones and his spotter so that he didn’t pass Hamlin and keep his Joe Gibbs Racing teammate out of the playoffs.

Martin Truex Jr. has three top-five finishes here in his last 10 starts, but hasn’t found the winner’s circle. Ryan Blaney has nine starts here and two top-five finishes out of the six times he’s finished on the lead lap. He was second last week at Martinsville.

I don’t think we see any surprises this week. I actually like Kyle Busch at +550 more than I like Harvick at +250. Busch is on my card this week. I also like Hamlin at +500 and +240 to win the Cup Championship. Hamlin runs well here and has more of a patient racing style than the other guys in the final four. I think that suits him well here.

Coverage of the Bluegreen Vacations 500 will be on NBC with a 3 p.m. ET start time.