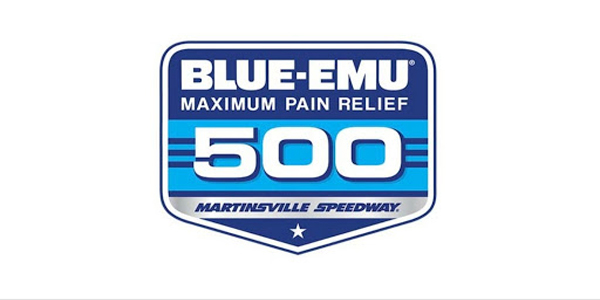 NASCAR took the Easter weekend off, but the drivers will be back at it for the Blue Emu Maximum Pain Relief 500 at Martinsville Speedway on Saturday night. The Bristol dirt race was an experiment that didn’t seem to go as well as planned, so the drivers have to be excited to be going back to a standard race track.

Martinsville Speedway down in Ridgeway, Virginia is a short track, so we’ll have close, fender-rubbing racing again with what should be an exciting event.

We’ll look at the odds from BetOnline Sportsbook and put together a card of picks.

Noticeably absent from that group is Kevin Harvick, who is priced at +1200. He has not run well this season at all and there are some major questions right now with his team. I can’t remember the last time we saw Harvick listed ninth on the board at any track.

Known as the Half Mile of Mayhem, the paperclip-shaped track is .526 miles around to be exact. It is a pretty flat track where drivers really do a number on the shifter going through the 12-degree turns into the short, flat straightaways. Average speeds do well to top out at 80 on this track.

This is the first of consecutive short-track races in Virginia. We’ll have another one next week at Richmond.

Who has run well at Martinsville? Nobody has run better than Brad Keselowski, who has averaged a top-four finish over his last 10 races at this track. The #2 car has two wins and nine top-five finishes. In each of the last 10, Keselowski has finished on the lead lap and finished in the top 10. His 433 points are the most, though Kyle Busch’s 942 laps led are the most in that span.

Busch is second with seven top-five finishes. He only has nine lead lap finishes, otherwise he’d be much closer to Keselowski in the average finish department, but he is still a clear second over the last 10 races. Busch really hasn’t run very well going on three years now, though, so even with his Martinsville success and the big price, I don’t see much reason to get excited about him.

Truex has two wins here as well in the last 10 races. His 389 points are third behind Keselowski and Busch. He won this race last June when it was moved because of the pandemic. Truex also won the fall race back in 2019.

Chase Elliott won the fall race last year. Joey Logano is the only other driver with a win here in the last 10 among those that are still active.

I can’t see any that look like good bets. Over the last 10 races, the seven highest average finishes belong to Keselowski, Busch, Truex, Logano, Ryan Blaney, Harvick, and Elliott. Maybe gimmicky races like road courses or dirt races bring other names into play.

It feels like we’ve really settled in since Michael McDowell and Christopher Bell and those types were winning races.

With that in mind, there aren’t any great values this week. I’d look for Keselowski at +650 with his recent successes. He has three top-five finishes this season, so he’s had a pretty good car overall. Otherwise, you could take your pick of any of the seven short prices and have a good chance at grabbing the winner.