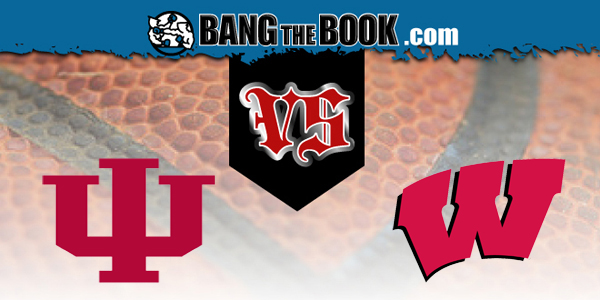 For years, we have known the Wisconsin Badgers to have a very deliberate, patient, efficient style of play on the offensive end. Under coach Greg Gard, that is still the case, and that’s why, having gone through the gauntlet leading up to the Big Ten season, they have held their own and then some. Now with a 9 – 2 record, they will play host to the Indiana Hoosiers in a Big Ten battle that begins at 7 p.m. eastern time on Thursday at the Kohl Center in Madison.

Fox Sports 1 will carry the game live, and BetAnySports customers can watch it and place Wagers in real time as they access what is available through Sports Betting Prime.

Wisconsin’s two losses have come at the hands of Marquette and Maryland, and there’s really nothing to be ashamed of there. Perhaps they were most impressive on December 19th, when they destroyed the Louisville Cardinals 85 – 48 behind sizzling three-point shooting. The Badgers made 16 of their 25 attempts from downtown, and it’s pretty hard to beat a team when they’re doing that.

Of course, Wisconsin is not going to shoot that percentage in every game, but the proposition that they are accurate from long range is no surprise at all. In fact, as a team they are hitting 41.4% of their three-point shots, which is eighth best in the nation. That is what really gives them a huge potential offensive edge against the Hoosiers, who are not a real strong outside shooting team, as we will expand upon in a moment.

You can count on this game not being a “horse race.” In the metric of “Adjusted Tempo” (which comes from the folks at KenPom), Indiana, coached by Archie Miller, is ranked 296th, while Wisconsin is 333rd out of 357 Division I teams. So this will unquestionably become a matter of who can play best in the half-court.

In the Big Ten basketball odds that have been posted on this game by the people at BetAnySports, Wisconsin is the solid favorite at-home:

Leadership on the floor is something that the Badgers are able to count on. And for that you have to point to six-foot guard D’Mitrik Trice, who is not only sure-handed but an extremely capable outside shooter as well (44%). We mentioned what Wisconsin can do from the three-point line; these guys are also stingy with the basketball, and in fact only two teams in the entire country turn the ball over less frequently than they do.

Wisconsin is also very strong at defending inside the arc, yielding only 40.6% shooting, and that has got to be a big concern for Indiana here. In the Hoosiers’ 63 – 55 win over Maryland, where they hit just four triples overall and none in the first half, Armaan Franklin, who is far and away their top long range shooting threat, had to leave the game with an ankle injury and did not return. So his status for this contest, not to mention how effective he can be if he does indeed play, has to come into question.

That would certainly put more of a burden upon 6 – 9, 245 – pound Trayce Jackson-Davis, who understandably hasn’t taken a three-pointer on the season, but will be a challenge for Wisconsin on the inside. These Badgers, however, are not necessarily going to be intimidated by size, and in fact, they’ve got two big men in Micah Potter and Nate Reuvers who can actually take it to the outside and hit buckets. That spreads Indiana out, which probably exploits another shortcoming for them, which is a relative inability to get really physical with the opposition, outside of Jackson -Davis.

At any given time, Wisconsin can put three or four players who are accurate with the triple, and that, we think, is going to be the key difference. So we will lay the points with the Badgers in Madison.