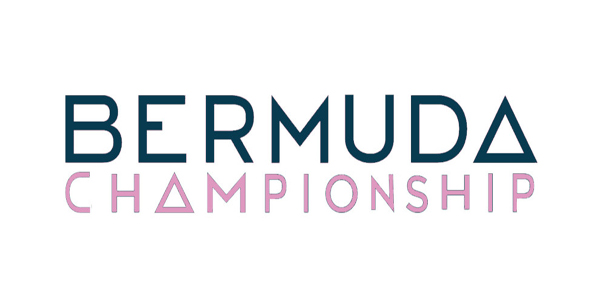 The Bermuda Championship and the Houston Open are all that remains before The Masters at Augusta National. This week’s event was supposed to be an alternate event to the WGC-HSBC Champions in Shanghai, but it was canceled because of COVID-19. Instead, the Bermuda Championship goes on as scheduled and most of golf’s best enjoy a week off before teeing it up next week in Houston to smooth out any rough edges before the next major.

This is a full FedEx Cup Points event, but it does have a purse of just $4 million, so most of the big names will stay home rather than venturing to the island. It will be interesting to see who plays next week, as the last thing anybody wants is a positive COVID test that takes away a chance to play Augusta.

In any event, Port Royal Golf Course is the track in question and a Masters invite is among the prizes on the line.

We’ll break it down with odds from MyBookie Sportsbook:

Like we said, there are not a lot of big names here. Will Zalatoris, who has been excellent on the Korn Ferry Tour over the last year, is the favorite. Reigning champ Brendon Todd is 11/1 and the second favorite. This is a big leap from those two down to Harold Varner III and Doc Redman. Some decent players are in the 30/1 to 50/1 range, but this tournament lacks star power.

This is the kind of event when it makes sense to go price hunting and to play some bombs. The fact of the matter is that a lot of these guys have high upside, but also have a low floor.

This is a pretty short par 71 that comes in around 6,850 yards. As you would expect with any coastal course, wind can pick up and make things a bit challenging. Distance control always matters with wind, so you’ll be looking at SG: Approach and putters. For the most part, this course is very flat. There are a few holes that have some trees that will impact extremely errant tee shots, but this is a course where you can go low.

When Todd won last year, he finished 24-under, four shots better than Harry Higgs at 20-under. Ten players shot at least 15-under. If wind is a factor, scoring may not be quite as easy.

In our horse for course section, we only have one year of data to throw out. Alphabetically, those that finished in the top 10 last season were Ryan Armour, Brian Gay, Fabian Gomez, David Hearn, Hank Lebioda, Brendon Todd, and Aaron Wise. Not exactly a who’s who of PGA Tour players.

By no means is it a perfect comp, as the course was a lot longer at Corales for the Puntacana Championship four weeks ago, but Anirban Lahiri, Luke List, Tyler McCumber, Cameron Percy, Hudson Swafford, and Will Zalatoris were in the top 10 at that event.

Padraig Harrington and Jason Dufner played in the PGA Grand Slam when it was here as recently as 2014.

A lot of guys that play well on coastal courses tend to do well across the board. Usually those are older guys or guys that play more of a fairways and greens style for whatever reason.

This is only Year 2 at Port Royal, so we really don’t have much to go on. Spectators will be on hand, but a maximum of 500 per day. This will be the first event with spectators since before the pandemic.

Todd won the OHL Classic at Mayakoba last year along with this event. The problem is that he’s 11/1, so it’s hard to like him at that price, even if he is one of the more accomplished players in this field over the last few years.

A lot of the guys with shorter odds are great putters, like Denny McCarthy, Kristoffer Ventura, and Patrick Rodgers. There are a few other putters down the list like Wyndham Clark and Beau Hossler in the 80/1 or 90/1 range. It’s a hard week to know what exactly to look for, so you have to decide what you want to prioritize with the players you are playing.

I’ll be looking at some long shots here, like Hossler, who has made five straight cuts and finished 24th here last season. He’s traditionally a good putter and this course isn’t overly tough, so he should be able to strike it well. He’s at 90/1, so that’s a good price for him.

Ryan Armour is 150/1 and he fits the bill as an older player that doesn’t hit it far, but hits a lot of fairways. The smaller course should benefit him here and his top-10 last season is suggestive of some course form attractiveness.

Golf Channel will have coverage of this one, as well as PGA Tour Live.