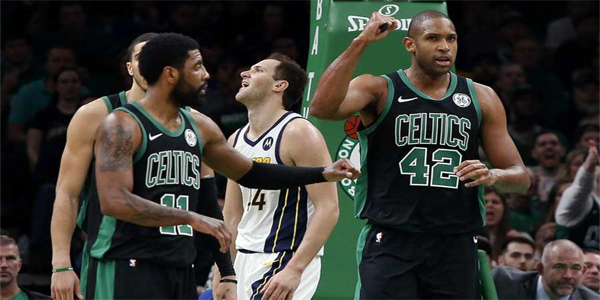 The Philadelphia 76ers were all set to go into the playoffs restructured and reconfigured. But they have had to make changes on the run. And as of now, BetAnySports customers have not seen this team much in the new lineup envisioned by coach Brett Brown. But as their first-round Eastern Conference playoff series against the Boston Celtics approaches, they may have a bit of mystery in their favor.

The Sixers (43-30 SU, 31-38-4 ATS) had been more or less led by Ben Simmons, the 6-10 guard / forward who possesses all the skills in the world, except for the ability to shoot. Brown had addressed this situation, to an extent, by making a move with Simmons, who was shifted to the power forward spot. This, in effect, made his complete lack of long-range marksmanship less of an issue. And to supply just that element, Shake Milton was installed at the point. He came into the bubble shooting almost 46% from beyond the arc. And he gave this lineup the ability to get playmaking from both him and Simmons.

Al Horford wound up the guy who had to come off the bench. Things hadn’t seemed to work out putting him beside Joel Embiid. Sometimes those things happen.

Well, perhaps that HAS to happen at this point. Simmons suffered a knee injury that has taken him out of action completely. And now the Sixers have to replace his ability to penetrate and play defense (as he is among the league’s best). So can they put together a plan that will give them a chance against this Boston team?

Here are the basketball playoff betting odds on the series, as they are posted by the folks at BetAnySports:

It would be difficult to sit there and say that the Sixers could be a better team without Simmons. But they could present a different challenge than they might otherwise. For one thing, though Embiid has had some injury issues, and does not always dominate as he is capable of doing, he was good enough to drop 38 points and 13 rebounds on the Celtics in one meeting. And frankly, the Celtics don’t have anyone who can handle him one-on-one.

Tobias Harris, who was the iron man of the NBA (league leader in minutes played) and Josh Richardson are certainly people who the Sixers need to step up. But we’re especially curious about the depth. Alec Burks really had his moments in the bubble, as did Raul Neto. They’ll be valuable backups at the guard position. You would think that Philly would be more dangerous from three-point territory without Simmons in the lineup.

And we wonder about how well they might be able to create some opportunities on the outside, so the contributions of Horford will be a key. The former Celtic has a lot of playoff experience. The Sixers had an atmosphere of underachievement when he was starting, which is a concern.

But the good news is that, even though it’s a small sampling, the 76ers have been more effective offensively (121.3 efficiency rating) and have experienced a ten-point positive swing in the plus-minus per 100 possessions when Simmons wasn’t on the floor in the seeding games.

It wouldn’t surprise me at all if the Sixers, given the circumstances, weren’t able to give Boston something of a scare. As such, the +320 price may have some value.

BetAnySports is your headquarters for all that is available during the NBA playoffs, and there are almost infinite possibilities for action. Reduced juice makes everything even better, and Sports Betting Prime enables you to place wagers during the game………. Don’t forget about the live dealers, who can be found in three different casinos. And there is 50% Rakeback in poker at The DragonRoom……………. Open your account with a debit card or credit card, person-to-person transfer or the virtual currency of Bitcoin, which is fast and easy with their automated system, and NEVER incurs a transaction fee!