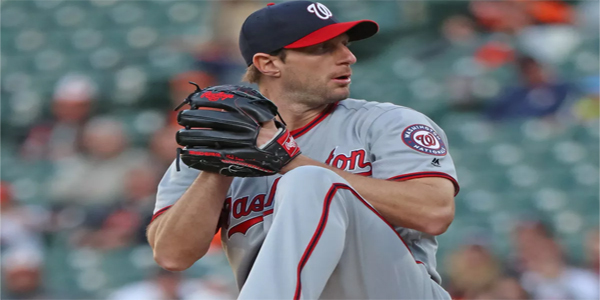 Masahiro Tanaka got smashed with a 112-mile-per-hour line drive by Giancarlo Stanton right out of the box in Summer Camp. It’s not the way the New York Yankees wanted to start things off, but they got used to it last season, when they were missing a considerable part of the roster. That didn’t prevent them from winning 103 games, and the presumption that with a healthier group coming back, they are the odds-on favorites to win the American League East, and perhaps even move on to the World Series.

Indeed, in the odds to win the World Series at BetAnySports, they top the list :

Tanaka suffered a concussion, but he’ll eventually be okay. The Yankees appear to have enough depth in the starting rotation to weather most storms, although we must mention that there are potential road blocks. For one thing, Domingo German, who went 18-4 and earned an All-Star nod in 2019, isn’t going to be available at all because of a suspension brought on by a domestic abuse charge. There are others like Luis Severino and Jordan Montgomery who have to bounce back from injuries. James Paxton is often banged up; JA Happ may or may not be effective, and then there’s Tanaka. So it’s not as if things don’t have to fall into place for the Yankees to advance past the AL Championship Series.

The one constant in the rotation should be Gerrit Cole, and if he isn’t, that is going to be a major disappointment to the Bronx Bombers, who signed him for nine years and $324 million. With the Houston Astros, he was almost unhittable down the stretch, in the end putting up numbers like 20-5 with a 2.50 ERA and a 0.89 WHIP, and perhaps deserving to win the Cy Young Award that went to teammate Justin Verlander.

So now he is naturally called upon to pitch the season opener on Thursday, as the Yankees take on the Nationals, and this is the way it is posted at BetAnySports, as he duels with Max Scherzer:

Everyone in the Yankee lineup, it seems, can hit home runs, although it might be surprising to know that they finished second in that category to the Minnesota Twins last year.

Didi Gregorius won’t be with them, as the shortstop moves on. But New York isn’t handicapped much, because Gleyber Torres can move over there and Gio Urhsela was outstanding at third, batting .314. DJ LeMahieu just rejoined the team after a positive COVID-19 test, and all he did was hit .327 with over 100 RBI. Miguel Andujar missed almost all of last year but had 27 homers as a rookie, and he can play in a couple of different places. By the way, Aaron Judge hit three homers over two exhibition games. And Stanton is back after playing just 18 games last year. It’s really an embarrassment of riches.

Washington lost some riches. Anthony Rendon, along with 34 homers and 126 RBI, left as a free agent. Ryan Zimmerman opted out. Brian Dozier is not around. With Rendon’s absence, could this be where they miss Bryce Harper?

Where the Yankees may suffer, for at least a while, is in closing out games. Aroldis Chapman has been tested positive, and while he seems to be working out like a demon, he’s still unavailable “for the foreseeable future,” according to the club.

Bullpens will come into play here. We cannot imagine that either of these starting pitchers will be extended too far, which means three or four arms could be active.

Washington’s bullpen came through in the post-season, but they were very inconsistent during the regular season. Tanner Rainey, for instance, has great velocity, but he walked seven batters per nine innings.

Scherzer, who has won three Cy Youngs and could have won a couple of others, beat Cole in the first game of the 2019 World Series. Until last season, he had put together four straight years with a WHIP ratio under 1.00. While he didn’t stop people cold, his FIP (Fielding Independent Pitching) figure was 2.45, his career best. And he fanned 12.7 batters per nine, with a strong 7.36-to-1 K-BB ratio. As for slowing down the gopher ball, he did lead the National League by allowing 31 in 2016, his career average is one per nine innings.

So he can neutralize what the Yankees do well. But how far can he possibly go? And the same question might be asked of Cole. Neither Dave Martinez nor Aaron Boone is going to risk getting his ace injured early in this 60-game season. So they might be liberal in throwing guys out there for an inning at a time.

I would say that even without Chapman, the Yanks would carry an edge in bullpen depth into this one, with the likes of Zach Britton (77% ground balls last year), Chad Green, Tommy Kahnle, Adam Ottavino and others available. On a man-for-man basis, they’re better.

It’s interesting that Scherzer was just 4-5 at home in 2019, and his numbers were a little better across the board while on the road. But in 2018 his WHIP was a sizzling 0.874 at Nationals Park. He has consistently been better after the first month of the season. So in other words, he’s better as things progress.

With all of this, I still wouldn’t want to go against the Nats and Scherzer as a home underdog. So it’s Washington +122.

Baseball has arrived! And BetAnySports has all you’re going to need when it comes to MLB action. Just check out all the futures and props available, and get ready for the 60-game sprint to the finish!…….. Get your account open with a debit or credit card, person-to-person transfer or the virtual currency of Bitcoin, which is fast and easy with their automated system, and NEVER incurs a transaction fee!

UFC on ESPN 14: Whittaker vs. Till Betting Odds, Picks, and Predictions