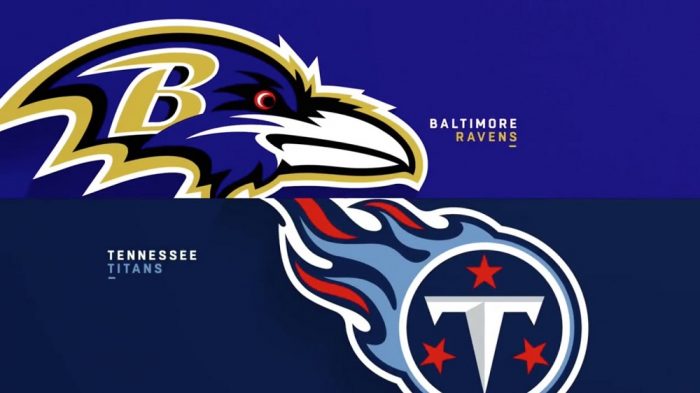 With five weeks left in the 2020 regular season, the Baltimore Ravens looked dead in the water. They had dropped three straight, getting upset by New England, losing in overtime at home to the hated Tennessee Titans, and then going to Pittsburgh and losing. Then, a couple of things happened; first, the schedule got a lot easier, and then the Ravens found their footing. They finished with five wins in a row, going from 6-5 to 11-5, rolling over Dallas, Cleveland, Jacksonville, the Giants and Cincinnati. The game in Cleveland was a track meet, but the Ravens prevailed, 47-42.

Next up is perhaps the most intriguing matchup in the entire wild card round, as Baltimore heads to Tennessee to take on the Titans and hoping to reverse last year’s outcome, when the Titans went to Baltimore and shocked the Ravens in the divisional round. The Titans also finished 11-5 and won the AFC South, but they dropped three of their last five games, losing to Cleveland (by six) and Green Bay (by 26) while beating Jacksonville, Detroit and Houston. Baltimore has been called the most dangerous team entering this postseason, but they haven’t played a tough team in a month.

Who will win? Check out our thoughts as you plan your wagering.

Why the Ravens Will Win

Tennessee has a difficult time pressuring the quarterback. Through Week 16, Tennessee had logged only 14 sacks, and 189 pass pressures, 28th in the league. The secondary is the best part of the Tennessee defense, but the front seven have some major issues. The Ravens should be able to take advantage of that, as they led the league in rushing yards per game and yards per rushing attempt. In four of their last five games, the team ran for more than 200 yards – and they ran for 404 yards against Cincinnati in Week 17.

Tennessee just permitted 38 points against Houston, in a game that the Titans needed to clinch the division. Yes, Houston was playing for pride, which can be a particularly strong motivator for teams with nothing to lose. Baltimore’s defense is much better than Tennessee’s, and their special teams are also superior – the Titans had problems with blocked punts and missed field goals almost all year long. Tennessee does have the better offense, but the play of Ravens tailback J.K. Dobbins late in the season has narrowed that gap.

Why the Titans Will Win

The offensive powerhouse that the Titans became down the stretch and in the postseason last year has largely returned. Derrick Henry ran for more than 2,000 yards, and Ryan Tannehill showed that he can lead his team up and down the field, nailing throws of a variety of distances. Corey Davis and A.J. Brown led a fast and talented receiving corps. The Titans showed tremendous offensive balance, as they were third in the NFL in rushing and fourth in passing. They were fourth in the league in offensive performance on third and fourth downs and fifth when in the red zone. When they made it inside the 10-yard line, they were second in offense.

The Tennessee defense is well aware of Lamar Jackson’s struggles throwing to receivers outside the numbers. When he had to throw the ball at least 10 yards in the air to receivers on either side of the field, through the first 16 games, he was 18 of 46 for 385 yards, five touchdowns and two picks – and a 78.6 rating. Among the NFL starting quarterbacks, that put him #27 in those situations. That’s an extremely low number of attempts. Dak Prescott tried 40 of those passes, and he didn’t make it through Week 5. Limiting the pass offense like that should help the Titans clog the middle and make life difficult.

Tennessee should have the edge on offense, but Baltimore has the edge on defense, and they also have the intangibles, in terms of motivation (after losing to Tennessee at home twice – in last year’s divisional round and again earlier this season), as well as current momentum. I enjoyed watching the Titans’ run last year, but it’s Baltimore’s turn to flip the script.