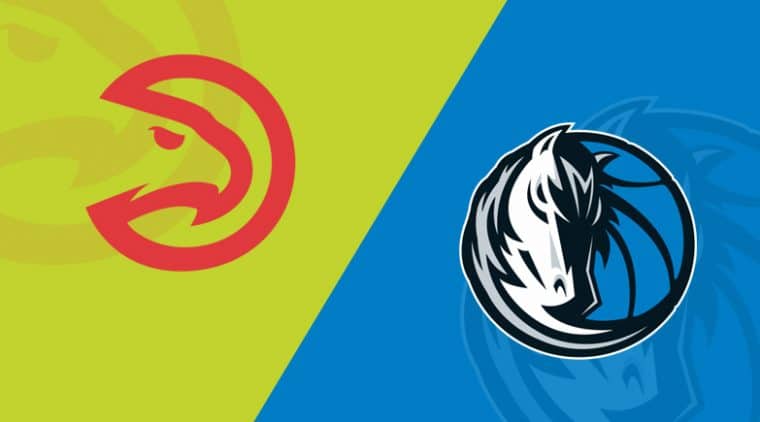 The NBA betting action goes on Sunday, February 6, with the non-conference showdown from American Airlines Center in Dallas, Texas, so we bring you the best Hawks vs. Mavericks betting pick along with the team stats, news, and latest odds update on BetDSI Sportsbook.

Atlanta and Dallas close down their two-game regular-season series. Back in October, the Hawks destroyed the Mavericks as small 2.5-point home favorites, 113-87, while the clash flew under the total of 225.5 points.

The Hawks have slowed down recently

On the last day of January, the Atlanta Hawks (25-27; 23-29 ATS) put an end to their seven-game SU and ATS winning streak with a 106-100 home defeat to the Toronto Raptors. Since then, the Hawks have gone 1-1 SU and ATS in a back-to-back set against Phoenix and Toronto.

After a surprising 124-115 home win over the mighty Phoenix Suns on February 3, the Hawks suffered a 125-114 defeat at Toronto this past Friday. They allowed the Raptors to make a whopping 56.8% of their field goals and 63.0% of their 3-pointers (17-for-27). John Collins and De’Andre Hunter led the way for Atlanta with 23 points apiece, while Trae Young had a 22-point, 13-assist double-double.

The Hawks have struggled on the defensive end all season. They own the third-worst defensive rating in the NBA, yielding 114.4 points per 100 possessions. Furthermore, the Hawks allow 13.1 triples per game (23rd in the league) on a 35.9 percentage clip (24th).

The Mavs beat the 76ers, snapped a two-game skid

The Dallas Mavericks improved to 30-23 SU and 27-25-1 ATS on the season following a 107-98 home win over the Philadelphia 76ers last Friday. Playing as 1-point home underdogs, the Mavs overcame a 16-point deficit on the back of Luka Doncic’s triple-double.

Doncic dropped 33 points on the Sixers to go with 15 assists, 13 rebounds, and a couple of steals. Jalen Brunson amassed 19 points, five boards, and four assists, and the Mavericks managed to stop their two-game slide. Before that home win to the 76ers, the Mavs have recorded a couple of surprising losses at Orlando 110-108 and to Oklahoma City 120-114 in overtime.

Kristaps Porzingis will miss his fourth consecutive game Sunday. He’s still recovering from a right knee contusion, while Maxi Kleber is questionable to play against the Hawks after missing the 76ers game due to a left knee swelling.

If Maxi Kleber remains on the shelf, the Mavs’ frontcourt will be quite thin. The Hawks, who’ll probably miss Danilo Gallinari (hamstring), have to take full advantage of the Mavericks’ injury problems, and I’m expecting John Collins and Clint Capela to dominate in the paint.

Neither of these two teams prefers to play at a fast pace, so I lean the under on the totals. Atlanta records 97.5 possessions per 48 minutes (19th in the NBA), while Dallas registers only 95.8 (tied-26th). The under is 5-2 in the last seven meetings between the Hawks and Mavericks, and it is 16-3 in the Mavs’ last 19 outings at home.

The Hawks lead the NBA in 3-point percentage (37.6%), but the Mavericks surrender only 10.9 triples per game (1st) on a 33.9 percentage clip (6th). Dallas desperately needs to continue with its strong defensive performance, though Maxi Kleber’s eventual absence would be a big blow for the Mavs.