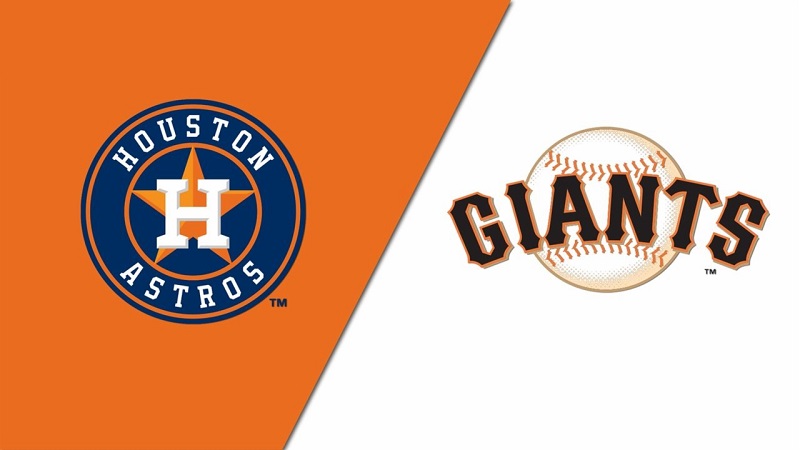 The San Francisco Giants had a major setback last week after their series against the Los Angeles Dodgers. They welcomed the Pittsburgh Pirates to Oracle Park and lost the first two games before salvaging the series finale. Maybe focus was an issue for the Giants in that series. They don’t have that luxury this time around.

The Houston Astros are in town and will send out Framber Valdez in tonight’s series opener. The Giants will counter with staff ace Kevin Gausman in what looks to be the best pitching matchup of the night. The Giants have taken the early money with a move up into the -125 range at BetOnline Sportsbook and a total of 7.5.

Framber Valdez is the starting point for this handicap because the betting market has turned on him. Valdez was bet up in several of his early starts coming back from a fracture on his pitching hand. Now that he has settled in and accumulated some stats, the market is betting against him.

The 27-year-old southpaw has a 2.97 ERA with a 3.63 xERA and a 4.30 FIP. His high walk rate and below average strikeout rate seem to be concerns for bettors. His .268 BABIP comes with a 42.6% Hard Hit%, so bettors are fading that as well. They’re also going against his 80% LOB%. Valdez walked six last time out against Texas while throwing six no-hit innings, so you could see why bettors are skeptical of that performance and his other recent ones.

Fortunately for Valdez, the Astros boast a potent and powerful offense. Houston is virtually tied for the league lead in wOBA with the Blue Jays at .337. The Astros have struck out a little bit more lately, but still boast the league’s lowest K% by a large margin at 19.3%. They hit for power, they draw walks, they do everything well on the offensive side.

They’ve also addressed the bullpen issues with recent trades. Kendall Graveman, Rafael Montero, and Yimi Garcia were all brought in and Joe Smith was sent out as the Astros used the Trade Deadline to bolster what really looks to be the only weak part of the bullpen. Craig Kimbrel is still available out there and he should be moved somewhere today.

The Giants had a little bit of extra time to savor Thursday’s 5-0 win over the Dodgers because it was a day game. To this point, the Giants have been quiet on the trade front, but they have a smart, savvy front office and will almost assuredly upgrade some part of the ballclub today.

Even if they don’t, this is still an excellent team. You would just expect them to make some sort of move after the Dodgers acquired Max Scherzer, Trea Turner, and Danny Duffy yesterday. The Giants have a top-five offense, basically a top-five rotation, and a bullpen that has made a lot of strides since struggling early in the season. This is a team equipped for a run and they’ll get the crack at another litmus test this weekend with Houston in town.

With Jacob deGrom sidelined once again, this could be a huge start for Kevin Gausman’s Cy Young candidacy. Gausman is having a huge season with a 2.21 ERA and a 2.99 FIP in his 122 innings of work. The right-hander has struck out 140 and walked 37. He has only allowed 11 home runs and has a .224 BABIP against. He also has an 83.2% LOB%. There are some modest regression signs there in the profile for Gausman and this would be the type of lineup capable of making it happen.

That may very well have been the case on July 24 against the Pirates, as Gausman allowed six runs on eight hits in 4.1 innings. He went just three innings against the Dodgers on July 19. Gausman went home to Louisiana to be with his pregnant wife, who was experiencing complications, so you do wonder if his head is fully in the game based on those recent returns.

This is a good pitching matchup, but there are some concerning signs with both guys at present. Gausman does have some negative regression signs and hasn’t been nearly as sharp in his last five starts as he was in his previous 15. Valdez is a guy that the betting market has been looking to go against.

The low total of 7.5 here looks ripe for an over bet, as we’ve got the chance at some runs with two good offenses.

Astros vs. Giants Free Pick: Over 7.5