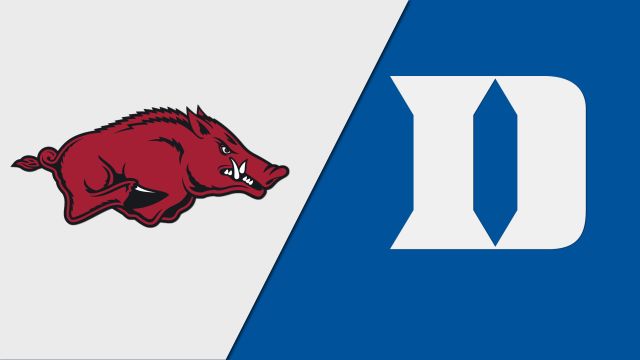 The March Madness betting action goes on Saturday, March 26, 2022, with the West Region Elite Eight showdown from Chase Center in San Francisco, California, so we bring you the best Arkansas vs. Duke betting pick and odds.

The Razorbacks meet the Blue Devils for the first time since 1994 when Arkansas outlasted Duke 76-72 in the national championship game. According to BetOnline Sportsbook, Arkansas is a 3.5-point underdog, while the totals sit at 146.5 points.

The Razorbacks erased an eight-point first-half deficit and fully controlled the flow of the game in the second half. They stunned the Zags thanks to a terrific defensive display, as Gonzaga shot only 23.8% from beyond the arc while turning the ball over 15 times. The Razorbacks made 40.3% of their field goals and recorded only eight turnovers.

The Blue Devils shot 51.9% from the field against the top-ranked defensive team in the nation. They also went 7-for-19 from beyond the arc and 15-for-17 from the charity stripe. Freshman forward Paolo Banchero led the way for Duke with 22 points, four rebounds, and four assists, while sophomore big man Mark Williams posted 16 points, eight boards, and three blocks.

After beating the Red Raiders’ stout D, the Blue Devils should find a way to deal with the Razorbacks, who also lean on their defense. Unlike Gonzaga, Duke plays physical basketball, and I’m expecting Paolo Banchero, Wendell Moore, and Mark Williams to dominate the Razorbacks’ frontcourt.

The over is 8-1 in Duke’s last nine games overall, and it is 7-2 in Arkansas’s previous nine. I would ride these betting trends, but the Blue Devils to cover remain my best Arkansas vs. Duke betting pick. Simply put, I don’t feel comfortable with a 146.5-point line even though neither team prefers to play at a slow pace.

The Blue Devils record 67.4 possessions per 40 minutes (167th in the country), while the Razorbacks register 70.8 (28th). Seven of Arkansas’s last nine contests and eight of Duke’s previous nine have produced at least 146 points in total.