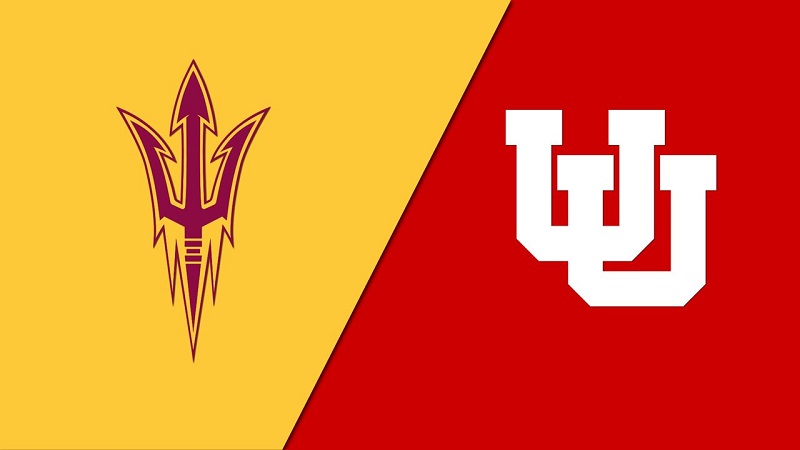 The college football betting action goes on Saturday, October 16, 2021, with Week 7 matchups around the country, including the Pac-12 showdown at Rice-Eccles Stadium in Salt Lake City. Arizona State squares off against Utah for the first time since 2019, so here’s the best Sun Devils vs. Utes betting pick.

The No. 18 Sun Devils opened as slight 1-point road favorites on BetDSI Sportsbook with their moneyline odds at -115. The Utes are -102 home underdogs to win straight up, while the totals are listed at 51.0 points.

The Arizona State Sun Devils (5-1; 3-3 ATS) are rolling on a three-game winning streak following a 28-10 victory to Stanford in Week 6. They covered the spread for the third straight time as well, holding the Cardinal to 369 total yards and forcing three turnovers.

The Sun Devils racked up 430 total yards in a return while torturing their rivals on the ground. Arizona State rushed 44 times for 255 yards. RB Rachaad White and QB Jayden Daniels had 13 carries each for a total of 172 yards and a couple of scores, and these two have already combined for 12 rushing touchdowns in 2021.

Daniels went 14-of-23 for 175 yards against Stanford and now has 1,269 yards, four touchdowns, and three interceptions on the season. The Sun Devils are scoring 33.3 points per contest (40th in the country) while averaging 214.3 rushing yards (23rd).

Last Saturday, the Utah Utes (3-2; 1-4 ATS) finally got one in the win column when it comes to covering the spread. They trounced the USC Trojans as 3-point road dogs, 42-26, scoring four touchdowns in the second quarter to build a 35-10 lead.

The Utes limited the Trojans to 3.7 yards per rush while tallying 5.1 in a return. Sophomore RB Tavion Thomas had a big game and finished with 16 carries for 113 yards and a TD. Cameron Rising went off 306 yards and three touchdowns, completing 22 of his 28 pass attempts, and sophomore QB also had six totes for 27 yards and a TD.

Arizona State is a run-heavy team, but Utah allows only 3.5 yards per carry. Frankly, this clash could easily go either way, and I’m looking for a back-and-forth encounter. The Sun Devils should slow down the Utes’ passing offense, so we might see Cameron Rising’s first interception of the season. Don’t bother with a spread if you fancy one of these two teams.

Arizona State and Utah both have been terrific on the defensive side of things so far this term, and I’m looking for more of the same in Week 7. The Sun Devils have yielded 46 points over their last three outings, beating the No. 20 UCLA Bruins 42-23 in the process.

The Utes, on the other side, have allowed 72 points in that span, but they’ve suffered a 33-31 triple-overtime loss at San Diego State. Both teams will look to control the line of scrimmage, so give me the under on the totals.