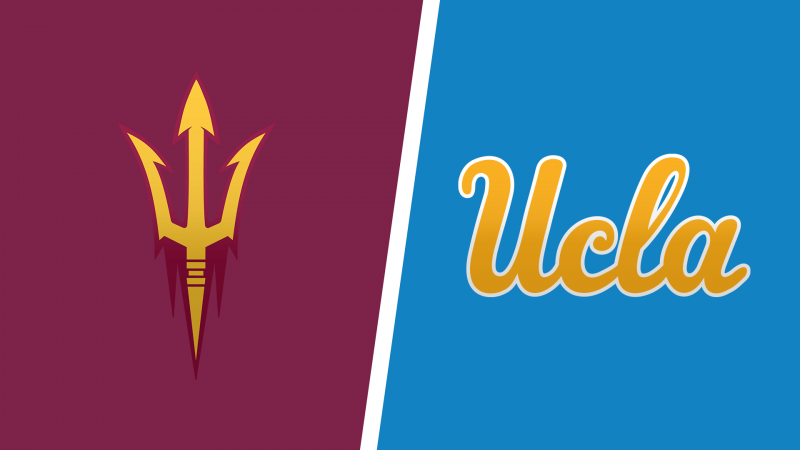 The 2021-22 CBB season goes on Monday, February 21, with the Pac-12 Conference clash from Pauley Pavilion in Los Angeles, California, so we have prepared the best Arizona State vs. UCLA betting pick along with the latest odds update on Bookmaker Sportsbook.

The Sun Devils face off against the Bruins for the second time this term. A couple of weeks ago, Arizona State stunned UCLA 87-84 in triple overtime, playing as huge 10-point home underdogs with a total of 131.5 points.

The Arizona State Sun Devils improved to 6-9 in the conference play following a 73-53 thrashing of the Oregon State Beavers this past Saturday. Bobby Harley’s boys easily covered a 9.5-point spread on the home court, recording their third consecutive SU and ATS victory.

Arizona State shut down the Beavers, holding them to only 38.9% shooting from the field and 10.5% from beyond the arc. Furthermore, the Sun Devils forced their rivals into 19 turnovers. On the other side of the ball, senior guard Marreon Jackson led the way with 15 points and four assists, while sophomore G D.J. Horne added 10 points and six dishes.

The UCLA Bruins improved to 11-4 in the conference play following a 76-50 dismantling of the Washington Huskies last Saturday. It was their second win in a row and third in their previous four outings, as the Bruins dominated their opponents for all 40 minutes to easily cover a massive 15-point spread.

The Sun Devils beat the then-No. 3 Bruins on February 5 mostly thanks to their stout defense. They held UCLA to 37.2% shooting from the field and 22.7% from downtown (5-for-22). The Sun Devils needed triple overtime to stun the Bruins, who’ll be fired up to make amends in front of the home fans.

UCLA should easily come out on top this time around, but covering a massive 15-point spread might be a problem. The Bruins are only 1-7-1 ATS in their last nine meetings with the Sun Devils, but they are also 7-3 ATS in their last ten games overall and 5-0 ATS over their previous five showings on the home floor.

Betting on the under seems like a way to go in this Arizona State vs. UCLA clash. The Sun Devils have kept their rivals below a 58-point mark in three straight outings, while the Bruins have allowed only 106 points in total over their previous two showings.

The over is 6-0 in the last six meetings between Arizona State and UCLA, and I’m going against this betting trend. The Sun Devils could easily struggle to put a serious number on the scoreboard. They average 68.0 possessions per 40 minutes (157th in the nation), while the Bruins register 66.6 (235th).