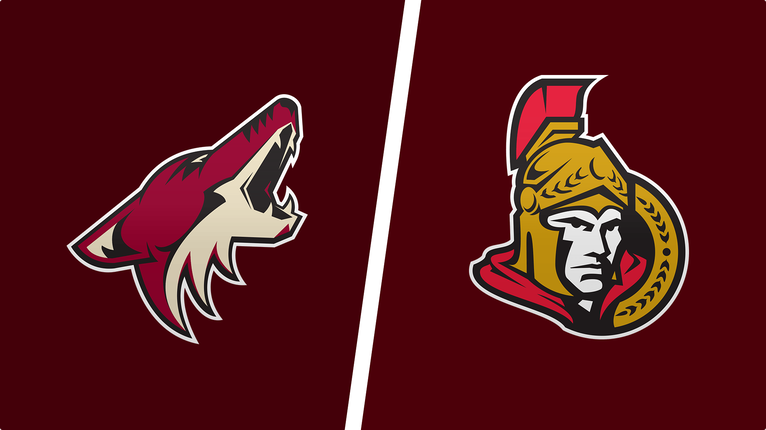 We have just one game on tap in the NHL on Monday, March 14, and it’s an inter-conference battle, so make sure you don’t miss out on the best Coyotes vs. Senators betting pick and odds.

Arizona was better in a high-scoring affair in the opening game of the season series as they defeated Ottawa 8-5 at home, so the Senators will be eager to get revenge for that. According to BetOnline Sportsbook, the Senators are -155 moneyline favorites, while the total is set at 6 goals.

The Arizona Coyotes were on the best run of the campaign as they won four consecutive games, defeating such high-profile teams as the Avalanche and Maple Leafs during that stretch. However, the Coyotes couldn’t make it five in a row as they fell short 3-2 to the Boston Bruins on the road.

Despite coming back from two goals behind through Clayton Keller and Nick Ritchie, the Bruins did secure a narrow victory thanks to Charlie Coyle, who scored a winner for the hosts with 3:21 minutes to go. Arizona’s goalie Karel Vejmelka had a strong showing as he saved 37 of 40 shots coming his way.

The Ottawa Senators were looking to get their third consecutive victory only for the second time this season, but the Chicago Blackhawks proved to be too strong for them. Following wins over St. Louis and Seattle, the Sens suffered a 6-3 defeat to the Blackhawks at home.

The hosts actually entered the game very well and even had a 2-0 lead, and even though they responded to Chicago’s three straight goals to make it 3-3, the Senators dissolved from that point. The Blackhawks scored three unanswered, two in the final period as goalie Anton Forsberg didn’t have the best of displays. He allowed six goals on 28 shots.

The Coyotes are playing well against the Sens in recent years; they won seven of the previous ten h2H games, including the first duel of this season. Well, considering both teams belong to the bottoms of their respective conferences and have nothing to play for except for the prestige, I am backing Ottawa to win as the Senators will be looking to get revenge for that 8-5 loss from some ten days ago in Arizona.

Not many people like Mondays, especially going to work on that particular day, but that’s not the case with the Senators. Also, Ottawa has a matchup edge in every key segment of the game.

Pick: Take the Ottawa Senators at -155

I am well aware that we are dealing with two rather inefficient teams, but they proved that their games can be quite interesting, goal-wise. They combined for even 13 goals only ten days ago, and although I don’t think it will happen again on Monday, I expect another high-scoring tilt.

Over is 6-1 in the Coyotes’ last seven when their opponent allows five goals or more in their previous game; Over is 4-1 in Arizona’s previous five games as a road underdog, while Over is 5-0 in the Coyotes’ last five vs. a team with a losing record. On the other hand, Over is 7-1-1 in the Senators’ last nine vs. Central Division rivals.