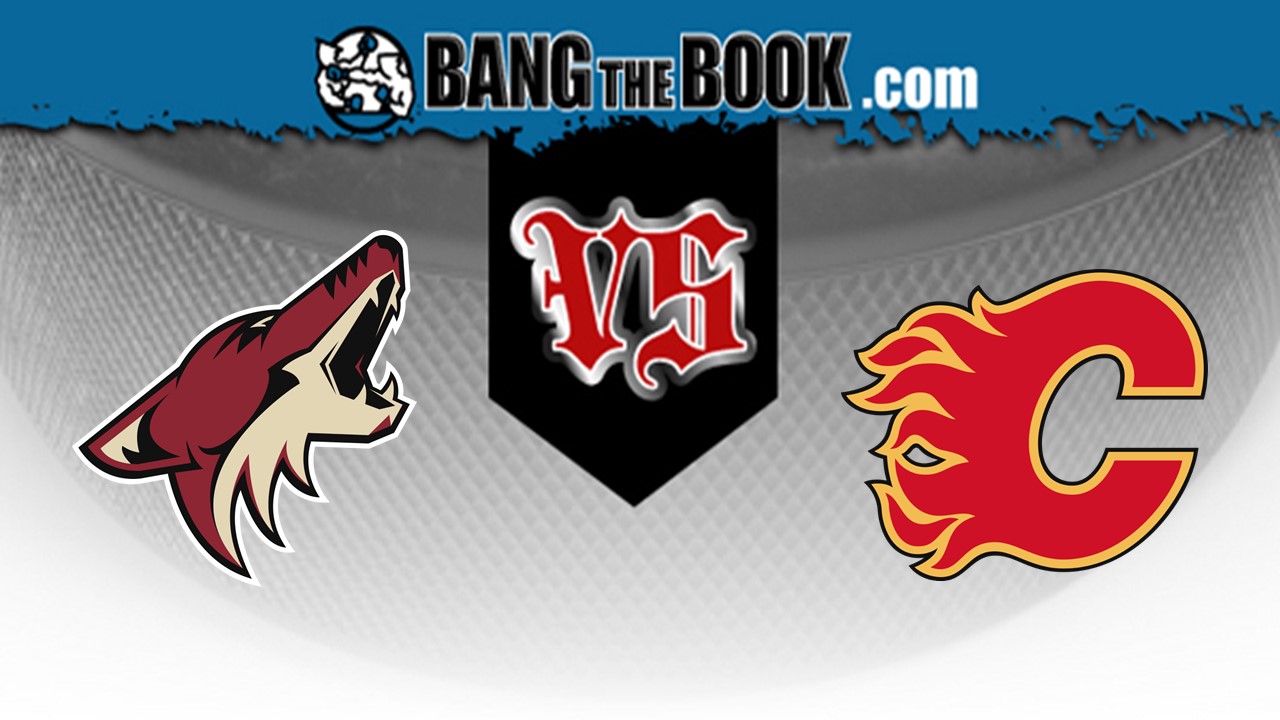 Taylor Hall, Clayton Keller, and the Arizona Coyotes are set to do battle against Johnny Gaudreau, Matthew Tkachuk, and the Calgary Flames at the Scotiabank Saddledome in a divisional matchup. This one gets going at 9 p.m. ET on Friday, March 6 and it can be watched live on Fox Arizona Plus.

Calgary is 35-33 straight up (SU) and has lost 5.5 units for moneyline bettors thus far. That early-season winning percentage is a slide from what the team managed during last year’s regular season (50-32). Through 68 regular season contests, 33 of the team’s games have gone over the total, while 30 have gone under and just five have pushed. This year, the team’s 15-16 SU at home.

The Flames have converted on 20.7 percent of their power play opportunities this year, a figure that’s right around league average. On the other hand, their penalty kill is rated eighth overall, and they’ve successfully killed off 82.3 percent of all penalties.

Boasting a .907 save percentage and 27.9 saves per game, David Rittich (24 wins, 23 losses, and six OT losses) has been the primary option in goal for Calgary this year. If Calgary chooses to give him the night off, however, head coach Geoff Ward may turn to Cam Talbot (11-14-14 record, .918 save percentage, 2.66 goals against average).

On the visiting bench, Arizona is 33-35 straight up (SU) and has lost 6.2 units for moneyline bettors this year. A total of 37 of its contests have gone under the total, while 29 have gone over and just two have pushed. As the away team, the Coyotes are 16-19 SU.

The Coyotes have converted on 19.6 percent of their power play chances this year, a mark that’s right around league average. On the other hand, its penalty kill unit is ranked seventh overall and it’s successfully defended 82.7 percent of all penalties.

Antti Raanta (2.63 goals against average and .921 save percentage) has been the primary option in goal for Arizona. Raanta is averaging 28.3 saves per game and has 15 wins, 18 losses, and three overtime losses to his credit.

The Coyotes are 5-4 in games decided by a shootout this season while the Flames are 6-1 in shootouts.

For both of these teams, the total has gone over in three of their past five games.

Over Arizona’s last ten games, four of them have been decided by two or more goals (the team is 4-0 in those games).