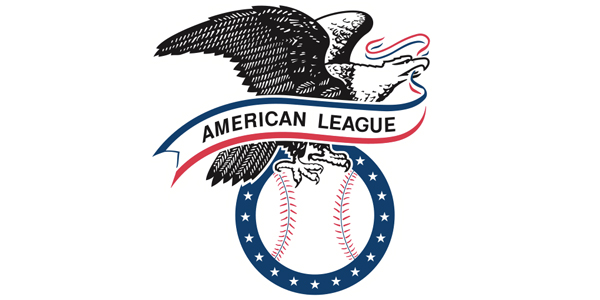 Major League Baseball could use some new blood in the playoff picture, but it doesn’t seem like that will happen in the American League this season. In fact, it would be rather surprising if we didn’t have the same five playoff teams in 2020 that we had in 2019.

If that is the case, those five playoff teams would be the New York Yankees, Houston Astros, Minnesota Twins, Tampa Bay Rays, and Oakland A’s. Not surprisingly, those teams are first, second, third, and tied for fourth as far the futures odds board goes at 5Dimes Sportsbook.

The Yankees, Twins, and Astros are all at minus prices to win the AL East, AL Central, and AL West, respectively, so it stands to reason that those three teams would have the shortest prices to play for, as Rob Manfred called it, that piece of metal. You know, the COMMISSIONER’S Trophy.

Major League Baseball has sort of gone the way of the NBA recently. There aren’t a whole lot of teams that seem to have a great shot at immortality by winning it all. In fact, over the last three World Series, only four teams have made appearances – the Astros twice, the Red Sox, the Dodgers twice, and the Nationals.

Of the 15 teams in the AL, Houston, Boston, New York, Oakland, Tampa Bay, Cleveland, and Minnesota are the only ones to make the playoffs the last three years. In other words, more than half of the league has failed to qualify. You have to go back to 2016 to find the Toronto Blue Jays and Baltimore Orioles.

That would seem to leave us with some slim pickings as far as the AL Pennant futures market goes.

Here are the AL Pennant futures odds per 5Dimes Sportsbook as of February 20, 2020:

On the plus side, there are only four teams we can definitively eliminate from playoff contention this season. In past years, we’ve been able to eliminate teams like the Blue Jays and the Chicago White Sox from consideration. The Blue Jays are well behind the Yankees and Rays, and probably even the Red Sox, but at least they have a ceiling this year. Most years we can also remove the Los Angeles Angels from consideration, but they have Anthony Rendon now and some pitching improvements.

That being said, we still don’t really have a lot to pick from. There are a few things you really want to avoid with AL Pennant futures. The first is that you want to avoid the Wild Card Game if at all possible. A one-game crapshoot doesn’t yield much hedging opportunity and also complicates the process. Your futures team will have to burn a starting pitcher and will go into the Division Series at a clear disadvantage.

Another is that you want to avoid a really short price. In this case, the New York Yankees. You really don’t have any equity until you get to the World Series. And, if the Los Angeles Dodgers were to have home field advantage, as they probably will, the Yankees would be available at a price point close to +150 anyway and that wouldn’t require a seven-month hold of your money.

Finally, you want to avoid a team that cannot win its division. This is different than the Wild Card Game. Sometimes things happen and a good team like the Twins or Yankees could get beaten by the Indians or Rays. That happens.

What I mean is that you don’t want to bank on a long shot like the Blue Jays or the Angels. Why? Because they have to beat two teams to win the division. The Jays would have to outlast the Yankees and the Rays. The Angels would have to top the A’s and the Astros. It is hard enough to beat one of those teams let alone two.

So, with that in mind, are there any teams that have AL Pennant futures value?

To me, there are two. The Tampa Bay Rays and the Cleveland Indians, who are both priced at +1250. The Rays are likely to have the best pitching staff in the American League. They took the Astros to five games last postseason and even outhit Houston in a series where they faced Gerrit Cole, Justin Verlander, and Zack Greinke. It was a small sample, but it was an example of the ceiling of the Rays and their pitching staff is likely to be better this season with Tyler Glasnow and Blake Snell contributing more often.

Why the Indians? For starters, they only have to beat the Twins in the AL Central. Second, they have starters. Great starting pitching can be an equalizer in the playoffs. The offense is probably going to fall around league average, but the Indians definitely have pitching. They also have the superstars in Francisco Lindor and Jose Ramirez. Believe me, the court of public opinion is low on that team for 162 games, but nobody wants to face Mike Clevinger, Shane Bieber, and maybe Aaron Civale or Carlos Carrasco in a five-game series.

Those are the only two options in the AL, with the Rays as the preferred one between the two. I think the Rays have a better chance at beating the Yankees than the Indians do of beating the Twins, so that would be my position for the AL.