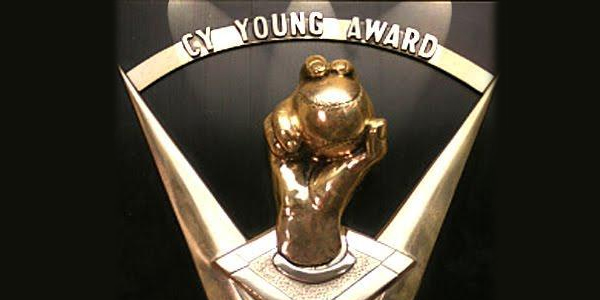 As a general rule, there are way too many names listed on the board for the Cy Young Award. National League voters have been a little more lenient than American League voters. As far as the AL Cy Young Award goes, every pitcher since 1994 has had either 20 wins or 200 strikeouts and a few guys have had both.

In other words, winning the award in the American League is very hard. You have strict criteria that you have to meet. Let’s look at the odds and then narrow the field down.

Here are the AL Cy Young Award odds per 5Dimes Sportsbook as of February 20, 2020:

There were 24 pitchers that had at least 200 strikeouts last season. Only 10 were in the American League. They were Gerrit Cole, Justin Verlander, Shane Bieber, Lance Lynn, Charlie Morton, Matthew Boyd, Lucas Giolito, Chris Sale, Eduardo Rodriguez, and Mike Minor.

There are two pitchers, Mike Clevinger and Tyler Glasnow, that would have been on a 200-strikeout pace had they stayed healthy. Trevor Bauer also would have been, had he stayed with the Indians for the entire season.

In this era of strikeouts, only Rick Porcello (22 wins) in 2016 and Cliff Lee (22 wins) in 2008 have failed to get 200 strikeouts and win the Cy Young dating back to 2006. It is almost a prerequisite to winning the award. If not, you have to be on a really good team with the opportunity to get wins. Lee was the lone exception with the wins because the 2008 Indians were bad.

That narrows down the list a lot for us. We need guys that have 200-strikeout upside. If a guy like Jesus Luzardo at 225/1 or Frankie Montas at 100/1 could stay healthy enough to throw 170ish innings, they’d have a chance. Luzardo at 225/1 is about the only really big balloon number I would consider, but it would be a tall task to work that many innings.

Because of that, quite frankly, we’re left looking at a lot of short prices. A guy like Michael Kopech at 80/1 has the strikeout upside, but he is coming off of Tommy John and will likely be limited. Same with Lance McCullers Jr.

The longest price on the board with a shot at 200 K is Eduardo Rodriguez at 50/1, but it seems unlikely that he will have the wins or the ERA, since that is still an important stat in the minds of voters.

Mike Clevinger (+1600) – Mike Clevinger is going to miss a few starts in April and that is the concern. In all honesty, once we get a clearer picture of how much time he will miss, there is a good chance that his price goes up into the 25/1 range. At the very least, you’ll probably be able to find a better number than this.

When Blake Snell won the Cy Young Award in 2018, he only pitched 180.2 innings, so it can be done. Clevinger would need over 200 strikeouts, a good record, and probably a very good ERA. Snell’s ERA was 1.89. Clevinger had a 2.71 ERA over his 126 innings last season with 169 strikeouts. He actually struggled immediately following his return from the injured list. He allowed 12 runs in 6.1 innings.

From July 3 through the end of the season, Clevinger had a 2.17 ERA with 138 K in 107.2 innings of work. If we take away his last start, Clevinger allowed 20 runs in 16 starts from July 3 to September 24. There is a path for him to win the Cy Young, assuming he doesn’t miss too much time in April.

Chris Sale (+500) – In all honesty, this is Gerrit Cole’s award to lose. I don’t know if the Red Sox are going to be good enough or if Chris Sale is going to be healthy enough, but Sale will have the numbers. He only pitched 147.1 innings and struck out 218 batters. Sale should have won the award in 2017 with 308 strikeouts, but for some reason, he didn’t.

I wouldn’t bet Sale at 5/1, but if you find a higher price in the 8/1 or 9/1 range, he’s worth it. He has a chance to really bounce back with a vengeance. I don’t know if he’ll have the wins on a mediocre Red Sox team, but he’s going to have the strikeouts and should have the ERA and FIP.

I have much better long shot options in the National League.