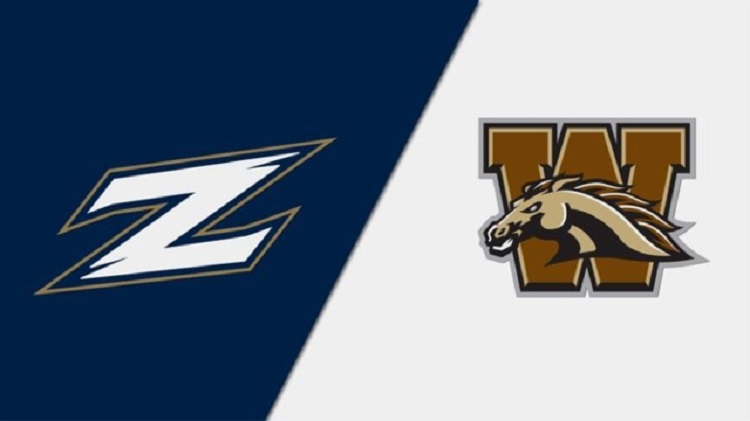 Week 11 of the 2021 college football season kicks off Tuesday, November 9, with three games around the country, including the Mid-American Conference showdown at Waldo Stadium in Kalamazoo, Michigan, so here’s the best Akron Zips vs. Western Michigan Broncos betting pick.

According to Bookmaker Sportsbook, the Broncos are massive 25.5-point home favorites with a total of 61.5 points. Last year, Western Michigan destroyed Akron 58-13 as a 20.5-point road fave, tallying its fourth victory in the last five encounters with the Zips.

The Akron Zips (2-7; 4-5 ATS) are coming off a tough 31-25 home loss to the Ball State Cardinals this past Tuesday. They nearly managed to overcome an 18-point deficit but eventually failed to upset the odds as huge 20-point home underdogs.

The Zips extended their losing streak to three games, dropping to 1-4 in the conference play. They outgained the Cardinals in total yards (458-425) but couldn’t cope with their ground game, surrendering 5.7 yards per carry. Freshman QB Zach Gibson led the way with 331 yards and a couple of touchdowns, while freshman RB Jonzell Norrils had 17 carries for 88 yards and a TD.

The Western Michigan Broncos (5-4; 4-4-1 ATS) have won four of their first five games in 2021, but they’ve won just one of their last four contests overall. Western Michigan is coming off a 42-30 upsetting defeat to the Central Michigan Chippewas this past Wednesday, playing as a 9-point home fave.

The Broncos put up an awful performance in Week 10 and fell to 2-3 in the conference play. They allowed a couple of punt-return touchdowns while turning the ball over three times. Sophomore QB Kaleb Eleby went 22-of-36 for 276 yards, a TD, and an interception, so he now has 2,253 yards, 13 touchdowns, and three picks on the season.

Despite a huge spread, I have to go with the favorites to cover. Akron is one of the worst defensive teams in the country and will have a mountain to climb against the Broncos’ prolific offense. Western Michigan desperately needs a win to clinch its bowl eligibility, so I’m expecting the Broncos to come out of the gate running and properly trounce the Zips.

The Broncos have been terrific against the spread lately when playing as favorites of 20 or more points. Also, they’ve dominated Akron since 2010, going 4-1 SU and ATS in the process.

The over has hit in four of the last six meetings between the Zips and Broncos. Last year, they combined for 71 points in total. The under is 5-2 in Akron’s last seven outings, but the over is 3-1 in Western Michigan’s previous four showings, while the total has gone over in nine of the Broncos’ last 11 games played in November.

The Zips will have a tall task to hold the Broncos below a 40-point mark, but they’ll certainly stand a chance to score some points against the struggling Western Michigan defense.