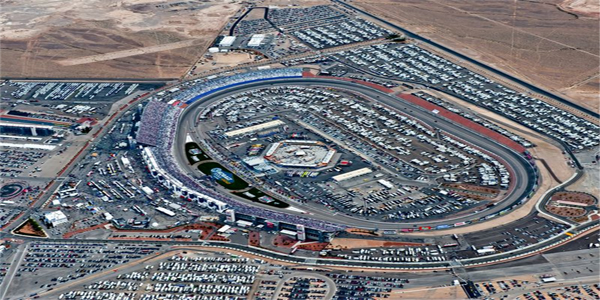 After Scary Daytona 500 Finish, NASCAR Moves on to Las Vegas

The NASCAR world is still reeling from the end of the Daytona 500, but with some positive news about Ryan Newman, the calendar pushes forward to the Pennzoil 400 Presented by Jiffy Lube at Las Vegas Motor Speedway. This is the first of two stops in Las Vegas and a much different type of racing format than what we saw last week at Daytona International Speedway.

From the tight, fender-to-fender and bumper-to-bumper racing of DIS to the wide-open 1.5-mile track at Las Vegas, the drivers have to feel a little bit better knowing that things should be a little bit less crazy this week.

It seems only fitting that we would enlist Brian Blessing to give us some NASCAR insight from the race out in his backyard in Sin City. The betting strategy changes a lot going from Daytona to Las Vegas. With Daytona, as Brian states on the video, you want to take some price plays and some longer shots because crashes are going to shake things up. With Las Vegas, you want to try and pinpoint the fast cars because there are not likely to be a lot of lead changes.

With that in mind, Brian talked about some of his favorite picks for this week, both among the shorter prices and some of the longshots that are out there on the board. It feels like a lot has already happened, but this is only the second race of the NASCAR Cup Series season and you don’t want to bet on it without checking out Brian’s video first.