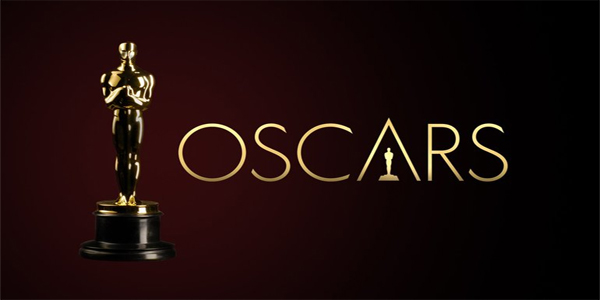 1917 is a film that is created in a way that it looks as if it is one long single shot. If you remember “Birdman” a few years ago, you know what I am talking about. The film does not have a nominee in any of the acting categories, which would make it unusual for a Best Picture winner. But the real star is director Sam Mendes, so if this is going to be the favorite for “Picture,” he is going to have to be odds-on for the director’s Oscar.

Indeed, they are favorites at BetAnySports. The film is -190 and Mendes is -143. Neither of those is a slam-dunk. There are eight nominees in the “Best Picture” category, and really, only three of them could be considered serious contenders. One of them is “Parasite,” the highly acclaimed black comedy about a group of impostors who infiltrate a South Korean household, carries a price of +225. And Bong Joon Ho is +342 for Best Director.

There seem to be fewer surprises these days in the Oscars, with a lot of surveying of Academy voters, as well as websites devoted to handicapping everything related to entertainment awards.

And so it’s been decreed that several of these awards categories have all but been decided. Well, they HAVE been, by virtue of the voting results that are “safeguarded” by PricewaterhouseCoopers. But the public is not supposed to know.

When you look at the odds as they are posted at BetAnySports, it appears as if somebody knows something.

Of the “foregone conclusion” variety is Joaquin Phoenix (-4590) for Best Actor in “Joker,” and no, this is something many people could see a mile away, even before his Golden Globe win. Phoenix’s role was much anticipated, and was astounding, even if there were critics of the plot (ripping off “King of Comedy” maybe just a little?). But if you’re thinking there is going to be an upset here, maybe it’s the very textured performance of Adam Driver in “Marriage Story.” He’s listed at +2675. Leonardo DiCaprio (“Once Upon a Time in Hollywood”) is +3800. I would consider Antonio Banderas (+5650) and Jonathan Pryce (+11500), both first-time nominees, to be non-factors here.

And speaking of “Marriage Story,” it’s nice to see Scarlett Johansson capture her first nomination for that film. Or wait – was it her second? We’re confused, as she is also nominated for Best Supporting Actress for “JoJo Rabbit,” kind of a risque Hitler spoof. Well, she’s +1470 for “Actress,” as Renee Zellweger, who did a dead-on portrayal of Judy Garland, carries a price of -1305, making her the huge favorite. So not much is expected there. So I guess the irony is that if she is going to get shut out, it might be because she loses to Laura Dern, who co-starred with her in “Marriage Story.” Dern is the same price as Zellweger (-1305), except for the “supporting” nod, for which Johansson is, interestingly enough, priced at +1470 as well.

And by the way, Margot Robbie, who is +1505 for Best Supporting Actress, simply didn’t appear long enough in “Once Upon a Time in Hollywood” to legitimately rate a nomination. But that might be a pretty good indicator as to how much Academy voters liked Quentin Tarantino‘s film.

My personal opinion is that “Once Upon a Time in Hollywood” was overrated. I saw it in a theater and the impression I came out with upon leaving was that the money I had spent on a little bag of popcorn and a medium-size drink alone could have been better spent renting Netflix for a month, which is exactly what I did in order to watch the Scorsese film. See how that works?

It just seemed like a series of vignettes to me, one after the other, where they tried to get “cute,” almost Forrest Gump-style, putting their characters inside of real-life moments with real-life legends. By the way, Al Pacino – nominated as Jimmy Hoffa in “The Irishman” – is in this one too, without the de-aging. But the interesting thing is, I liked him better in his cameo as a sleazy producer than I did in “The Irishman,” where he didn’t quite get Hoffa’s dialect right.

However, you can’t deny that Brad Pitt, as DiCaprio’s buddy/sidekick/stunt double, will deserve the Oscar if he gets it. Apparently the folks at BetAnySports consider this a fait accompli, as they have him a massive -3380 favorite for Best Supporting Actor. Whether he was really a “supporting” actor or not is a matter for dispute. He is, among these nominated five, the only one who has not taken home an Oscar. So I guess that will change by Sunday night.

If there is an upset in this category, maybe it’s Joe Pesci in “The Irishman,” who is priced at +2045 at BetAnySports, where you can wager on each and every Oscar category, not to mention a healthy number of propositions……..You can make your deposit using a debit/credit card, person-to-person transfer or the virtual currency of Bitcoin, where there are NO transaction fees…….Place some bets, then settle back and see if they win. Maybe that’s the perfect way to stay awake through the long telecast. Hey, you watched the Super Bowl for four hours, didn’t you?