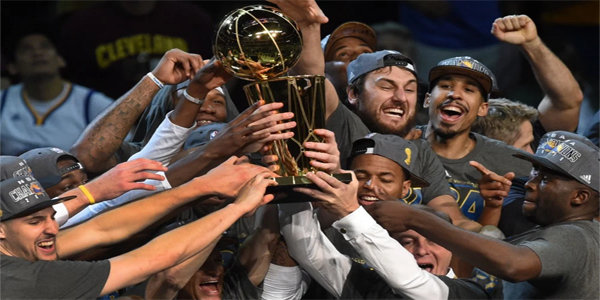 Dates are set, but plans have not yet been finalized for the NBA “playoffs”. Like the NHL, an expanded playoff format will come as a result of the COVID-19 pandemic. The NBA will roll with 22 of the 30 teams and will put together an eight-game “regular season” for seeding purposes.

This is all supposed to begin on July 30, but Kyrie Irving and several other players voiced their concerns about the plan and about playing basketball with everything happening on in the world, including the ongoing coronavirus battle. Some players have already announced that they will opt out of playing.

If it does happen, eight games is not a lot of time to get ramped up for the intensity of the playoffs. Also, the players are going to be tested every other day in all likelihood, which means that there is a good chance of some additional cases, much like the ones that shut the NBA down in the first place.

The NBPA and the league seem to have come to an agreement that they won’t shut down the entire thing for one or two positive tests, but if multiple players on a team, or a superstar that carries enough weight, do end up with a case of the virus, the NBA will have a lot of decisions to make in a short amount of time.

In any event, all of that is well beyond our control and we’ll have to hope for the best. Our focus here is to look at the NBA Futures Odds and break down how those look for the 22 teams involved. The Cleveland Cavaliers, Atlanta Hawks, Detroit Pistons, New York Knicks, Chicago Bulls, Charlotte Hornets, Golden State Warriors, and Minnesota Timberwolves are the unlucky eight teams that have been removed from the equation.

There will be a play-in tournament if the race for the eighth seed is within four games. The regular season will be eight games over 16 days with one back-to-back per team. The Finals will be played with an every other day format and the entire thing is expected to be done by October 12.

At DSI Sportsbook, odds are posted on all 22 teams that are eligible for the playoffs. Keep in mind that the eight games that make up the end of the regular season will determine the last seeds in each conference. Only 16 teams will actually make the playoffs, with eight from each conference.

Here are the odds for the 22 teams in the NBA playoff plan as of July 5:

The games will be played at the ESPN Wide World of Sports Complex at Disney World in Orlando, FL, but that doesn’t mean that a team like the Magic will have a home-court edge. Fans will obviously not be in attendance and the players will be put into a protective “bubble” of sorts, so it’s not like the Magic players will be sleeping in their own beds.

As we look around at potential teams to bet, there are a lot of factors to keep in mind. With the eight-game regular season, how do teams like the Lakers and Clippers handle their star players? Same thing with the Bucks. Getting back into rhythm with guys like LeBron, Kawhi, and Giannis could be secondary to keeping those guys healthy and protected. Will every player want to be involved? Somebody like Donovan Mitchell for Utah is an impending free agent sitting on a big contract. With the NBA’s contract structure, and his body of work to date, there isn’t a ton of incentive for him to put himself at risk.

It makes sense that the Bucks, Lakers, and Clippers would have the shortest prices by far, but there is a good chance that this unique format and setting creates a little bit of chaos and allows a team to make a run.

A team like the Denver Nuggets at +3100. The Nuggets don’t really have any superstars, per se, not relative to the teams around them, but they are solid from top to bottom. Depth will be a huge factor, as the players will have to ramp up to game shape and there are bound to be soft tissue injuries. There are also lots of chances for positive cases of coronavirus. A team like Denver doesn’t rely as much on one or two guys as other teams do. That could give them an advantage.

Similarly, a team like Boston could make a big push in the East at +1250. The odds are not great, given that they are viewed as the biggest threat to the Bucks, but it would not be the least bit surprising to see a defense-first team like the Celtics or even the Raptors at +1800 have success in this modified postseason format.

The Dallas Mavericks had the second-best road record in the West at 21-12 before everything got shut down. Is that beneficial for them at +4200? The NBA is a pretty home-dominant league, especially among the top teams. They don’t run nearly as deep as some of the other teams, but Luka Doncic could very well be the third-best player in the conference behind LeBron and Kawhi in some people’s minds.

With the July 30 date, it will be a while before we see much movement in these odds. Bettors won’t be willing to tie up a lot of money for a long period of time with so much unknown and the return of football hopefully a month later. Nevertheless, if you find what you perceive to be some value, don’t hesitate to try and take advantage, whether that is with the futures odds at DSI Sportsbook or anywhere else in the sports betting world.