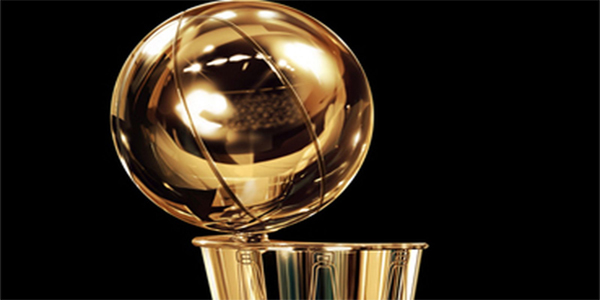 The 2019-20 NBA season has just finished, and while the Lakers are still celebrating their 17th title in franchise history, the bookies have already announced the 2021 NBA championship winner odds.

I know it’s still early for bold predictions, as we still don’t know when the 2020-21 NBA season will start. However, if you have some strange feeling, this could be the right time to lay the odds.

The upcoming offseason will bring trades and changes around the league, for sure, while the 2020 NFL Draft is set for November 18. But it’s interesting to see who’s the runaway favorites at the moment, and some odds might look tempting, especially on the dark horses.

The Lakers are topping the bookies’ list ahead of their city rivals, so you know who’s expected to meet each other in the 2021 Western Conference Finals. The reigning champs will keep LeBron James and Anthony Davis, but they will certainly add one more top-notch player to their roster.

LeBron is not getting any younger, but he’s still one of the best players in the league. Davis is at his prime, and this duo deserves to be considered as the strongest fave to win the 2021 NBA championship.

The bookies expect to see a great battle in the West, as the third-strongest favorites to win the 2021 NBA title are the Golden State Warriors. And I cannot argue with bookmakers. With healthy Steph Curry, Klay Thompson, Draymond Green, and Andrew Wiggins, the Warriors look like a terrific team.

On the other hand, I think the bookies have underestimated the Denver Nuggets and Portland Trail Blazers. The Nuggets have a young core that can become a real force, and reaching the conference finals this past season will be a huge boost for their confidence.

The Trail Blazers will be a threat if they pick up the pieces and surround Damian Lillard with some good players. They will certainly look to make some changes in the offseason, as well as the Houston Rockets. James Harden won’t win the championship if he and the Rockets continue to experiment with their small-ball basketball.

On the east coast, we have six teams that come on the list right behind the top-three contenders. All these clubs have a lot of talent and could make some serious noise in 2021, so if you root for any of these six teams, go and take them early.

Kevin Durant will return from his devastating injury, so the Brooklyn Nets will be a serious contender in the East. The Boston Celtics should keep their key players and make another push, while the reigning vice-champs Miami Heat are certainly capable of reaching the finals once more.

The Heat possess a lot of young and talented players that already proved their worth last postseason. I’m pretty sure they will be a top-four seed in the East next year.

And what about the two-time reigning MVP Giannis Antetokounmpo? Can the Greek Freak and Milwaukee Bucks avoid another playoff choking? Don’t write the Bucks off, as the previous season was weird due to the coronavirus pandemic, and they didn’t play their best basketball in the bubble.

The 76ers decided to go with Doc Rivers as their new head coach, but they still have to figure out whether to trade one of their two superstars. I don’t trust the Sixers, while the Toronto Raptors look like a mystery. The 2019 NBA champs are a well-balanced team, but they might not be good enough for some of the heavyweights.

I think the Bucks will figure out what they need alongside Antetokounmpo to finally reach the NBA Finals after finishing the regular season with the best record in the league for two years in a row. Also, another disappointing postseason could force Giannis out of Wisconsin, so the Bucks franchise has a lot on the table.

The Nuggets, on the other side, have a great nucleus. If they stay healthy, I’m sure the Nuggets will have another good year. They become the first team in NBA history to overcome a 3-1 deficit in the single postseason, and that tells you enough about their character.