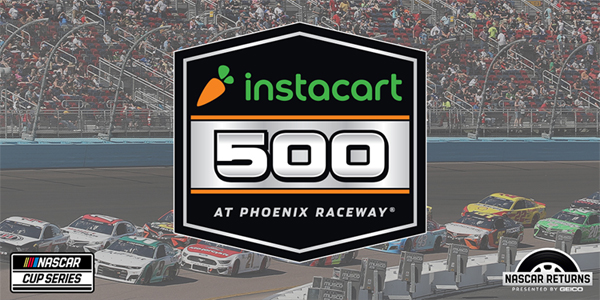 Four races, four race winners. We’ve barely even scratched the surface of the NASCAR Cup Series season and 25% of the playoff spots are already accounted for. Last week’s winner was Kyle Larson, a driver who got into trouble when iRacing was the only option and wound up losing his team, his sponsorships, and probably some friends.

Larson’s win puts him in the prestigious company of Michael McDowell, Christopher Bell, and William Byron as this season’s winners. We should get a big name this week at Phoenix for the Instacart 500, but you never know with how this season has gone.

We’ll take a look at this one with odds from BetOnline Sportsbook for Sunday March 14 out in the desert.

Kevin Harvick was going to be the favorite no matter what with his background at Phoenix. Harvick has nine wins and 16 career top-five finishes at Phoenix. This race track is a one-mile dogleg oval, so you aren’t going to see anything quirky or crazy with the odds like you might with a road course or maybe the upcoming dirt track at Bristol.

Not only does that mean Harvick at the top of the list, but the rest of the usual suspects up near the top as well. Denny Hamlin and Chase Elliott. The Penske guys in Joey Logano and Brad Keselowski. There are no surprises with the betting board when it comes to these traditional oval tracks.

In looking at the track, as mentioned, it is a dogleg oval that comes in at one mile in length. It is a mostly flat asphalt loop with three-degree banking on the short straightaways and then anywhere from 8-11 degrees of banking in the turns. There aren’t any punches or surprises. Arizona has lifted a lot of the health orders so we’ll see fans here, albeit limited capacity.

This is a twice-a-year stop for the Cup Series. The track in Avondale, AZ is actually the site of the Championship Race now, so the drivers will be back in November for the 2021 Season Finale.

Chase Elliott won the Championship Race last year to secure the title. Kevin Harvick wasn’t even in the Final Four, so he didn’t have the chance to run for a title on his top track.

Elliott won, but it was a big day for Penske. Joey Logano won Stage 1, ran third in Stage 2, and finished third, one spot behind Brad Keselowski. Keselowski won Stage 2. Denny Hamlin consistently ran with the front of the pack and finished fourth for Joe Gibbs Racing. He was the only Toyota to have a really good day. Ford occupied seven of the top 10 spots.

In last year’s spring race, Logano won in overtime. That was the FanShield 500 and Harvick and Keselowski ran up at the front of the pack with Logano for most of the race. In other words, it was another race dominated by Ford. Something to keep in mind for this race.

Harvick’s nine wins clearly stand out. Kyle Busch is the next closest among active drivers with three wins. Hamlin, Logano, and Ryan Newman are the only others with multiple wins at Phoenix. Hamlin does have 14 total top-five finishes. Kyle Busch has 12. Newman has 10.

Harvick, Busch, and Hamlin have the highest average finish and that is significant because both guys have ample sample size at this track. Elliott is fourth in average finish with his win and two other top-five finishes in his 10 starts.

Keselowski has 11 top-10 finishes in 23 starts, but he has failed to secure a victory here. Perhaps that will change this week. He ran second last week at Las Vegas and had an excellent car.

Kyle Busch has actually averaged a top-four finish here over his last 10 races. He’s had a litany of problems the last couple of seasons, so he is hard to trust, but he’s been dynamite at this track.

As great as Harvick is here, this price makes it virtually impossible to take him in this context. You need some sort of payout to take a driver in a NASCAR race where anything can happen and Harvick’s super short price is prohibitive.

I’ll be back on Logano here. He only has six last lap finishes in his last 10 races at Phoenix, but he’s won two of them, has another top-five, and has five finishes in the top 10. That’s good enough for me to take a shot, especially with how well Ford ran here last year. Logano’s 418 laps led over the last 10 races are second to Kyle Busch.

If you want a long shot look, Erik Jones is worthy of consideration. Jones has four last lap finishes in eight career races at Phoenix, but he’s finished in the top 10 in all four of them.

Coverage of the Instacart 500 will be on Fox.