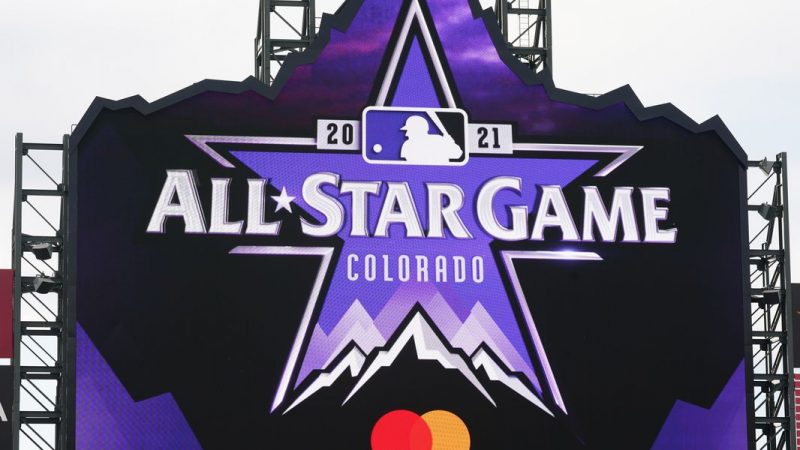 Fans in Denver and around the world got quite a show on Monday night with the Home Run Derby. Now they’ll get to see all of baseball’s best go head-to-head on Tuesday night in the All-Star Game. The Midsummer Classic will be started by Shohei Ohtani and Max Scherzer as the NL takes the field as a small favorite in a game that will feature the DH, despite being in a National League park.

The National Leaguers are -115 at BetOnline Sportsbook with a total of 11. We’ll break this one down for you and see if you can find a fun-money play on the game. Don’t bet this one heavily at all. There will be tons of pitching changes and player swaps as the game goes along.

Shohei Ohtani admitted that he would be tired from the hangover of the Home Run Derby, but the closest thing any of us have seen to Babe Ruth will get the start for the Junior Circuit. AL manager Kevin Cash lobbied MLB to allow him to keep Ohtani in the game as the DH once his pitching appearance is done. Ohtani will bat leadoff in the bottom of the first.

Following Ohtani in the starting lineup will be Vladimir Guerrero Jr., Xander Bogaerts, Aaron Judge, Rafael Devers, Marcus Semien, Salvador Perez, Teoscar Hernandez, and Cedric Mullins. For whatever reason, the AL has won seven straight All-Star Games. Two have been in extra innings and most of them have been close games.

One handicapping angle could be to look at the pitchers that are unlikely to work in the game. Shane Bieber remains hurt. Yusei Kikuchi was activated off the IL, but seems unlikely to pitch here. Chris Bassitt was added as a late reserve, but he pitched on Sunday and typically guys that pitch Sunday are only used in emergency situations.

None of the Houston Astros are there, which means that the AL roster is missing Carlos Correa, Jose Altuve, and Michael Brantley.

Max Scherzer is an odd choice to start the All-Star Game, given that he was a replacement addition. Brandon Woodruff or Kevin Gausman probably would have gotten the start in place of Jacob deGrom, who opted out of the game, but both guys pitched on Sunday. That means that they likely won’t pitch at all here. Yu Darvish could have gotten the nod, but he is on the IL with a hip injury.

That means that the NL roster is a little bit lighter on the pitching side, but overall, it does look like the Senior Circuit does have the better pitchers. Corbin Burnes, German Marquez, Trevor Rogers, Zack Wheeler, Walker Buehler, Freddy Peralta, Taijuan Walker, Josh Hader, Craig Kimbrel, Mark Melancon, and Alex Reyes are all available behind Scherzer.

Fernando Tatis Jr. will bat leadoff for the NL, followed by Max Muncy, Nolan Arenado, Freddie Freeman, Nick Castellanos, Jesse Winker, J.T. Realmuto, Bryan Reynolds, and Adam Frazier, as Pirates fans loaded up the ballot box to get two of their guys in the ASG as starters.

The NL reserves are all pretty excellent players, including Mookie Betts, Kris Bryant, Manny Machado, and Juan Soto. It does look like as though the NL roster is deeper, hence the small favorite role in the betting markets.

The total of 11 seems lofty. It is Coors Field, and these are the best hitters in the world, but also the best pitchers. One All-Star Game since 2005 has seen at least 10 runs scored. A safer play looks to be the NL All-Stars. More of their pitchers will have been exposed to Coors Field and should be more adjusted than the AL guys.

The NL roster just looks deeper, especially on the pitching side, as the AL has more traditional relievers and some guys that have struggled lately like Aroldis Chapman.